Aggrieved Nigerians have taken to Twitter to drag Nigerian singer, Naira Marley for cancelling the protest against police brutality that was scheduled to hold today.

Naira stated that youths should no longer come out for the protest, because there is lots of changes going and efforts are being made by the Inspector General of Police to tackle SARS brutality.

“We won’t be protesting anymore because there’s a lot of changes being made right now. As a Marlian we will give them a week to see the changes and if there’s no changes we will start a mass protest. #togetherwecan”.

However Nigerians are extremely angry about the cancelled protest and have taken to the micro-blogging platform to vent as they drag the singer to pieces.

The angry citizens have tagged the marlian president a coward, while others accuse him of selling his rights for money.

A netizen @ogbenidipo tweeted, “Naira Marley was here saying young Nigerians like online chit chat and protest. He organised something. Then, on the morning, cancel it and says he’s having a chat with the Nigeria Police Force on Instagram. Ok.”

Another Twitter user @anambravirgin wrote, “All of you that took naira Marley seriously about the protest are actually unserious”

@Umrtheo wrote, “He created a deal for himself good for him”

@Biisi96 wrote, “Naira Marley don carry protest go IG live, nice one. I’m surprised it took him this long to cancel it self. At least we won’t hear about how we only protest on Twitter alone anymore. Him coward, me coward all of us together coward”. 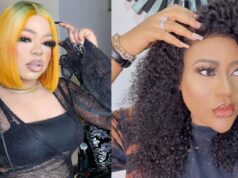 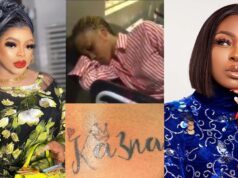 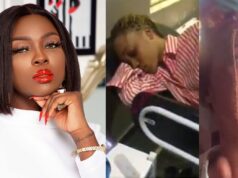 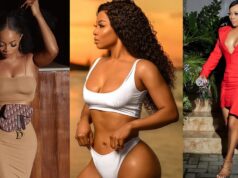 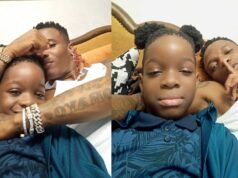 “Love you Dad” – Boluwatife says as he spends quality time with his father, Wizkid 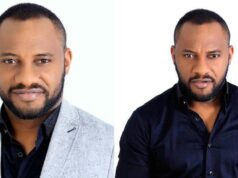 “For a fan to go as far as tattooing your name on his/her body, that’s love” – Actor, Yul Edochie