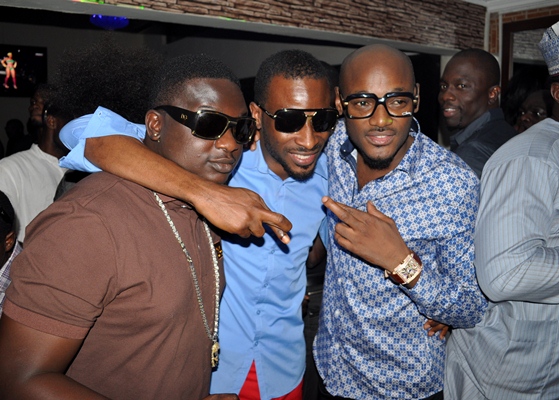 Musical Icon, 2Face Idibia, has just shared via a tweet that his favorite Nigerian artiste at the moment is none other than former Don Jazzy‘s protegee, Wande Coal.

He says that “That boy good die“.

The icon and his wife, Annie Idibia, were also spotted last night at the birthday party of “Jara” talk show co-host, Uti Nwanchuckwu.

The once upon a time Big Brother Africa winner, had his 33rd birthday party last night.