Home Foreign 3 Sisters Give Birth On The Same Day, At The Same Hospital 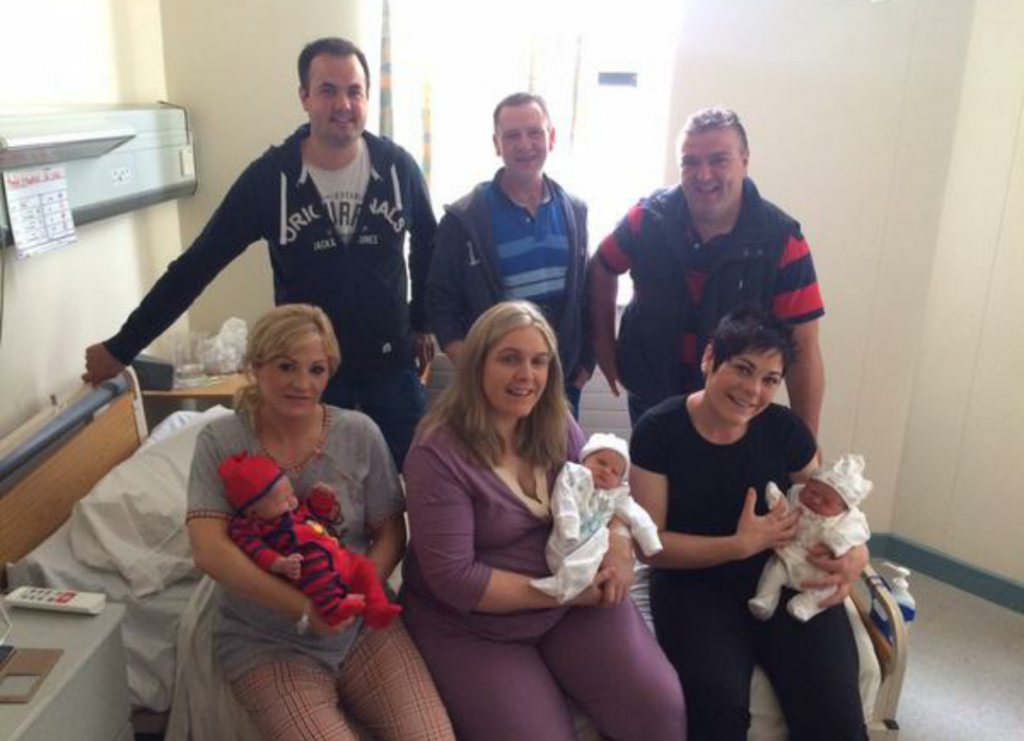 Three Irish sisters gave birth on the same day at the same hospital and oh of course, it was such an unlikely coincidence.

The beautiful thing about it is that their their fourth sister was expected to give birth sometime soon after her 3 sisters! Mairead Fitzpatrick and her sisters Joeline Godfrey and Bernie Ward all gave birth at Mayo General Hospital in Castlebar on Tuesday.

While the siblings were given close due dates, they never expected their babies to share the same birthday.

“We never thought it would all happen on the one day,” says Fitzpatrick, who gave birth to her son first at 3:25 a.m. The new mom named him Thomás Óg.

At 11 a.m, Joeline welcomed her daughter, Sorcha, via C-section, and finally around 8:30 p.m., Bernie gave birth to her son Phelim.

The hospital staff was just as surprised by the remarkable coincidence as the sisters were.

“We’re all talking about it… the fact that we have four sisters in and it’s never happened, as far as we know anyway, going back some time,” said maternity manager Mary Salmon.

Christina Murray, the fourth sister, is now waiting for her little one to arrive. Her due date was on August 30.

“It was just so funny the way it happened really,” Fitzpatrick said. “It was my first, Joeline’s second and Bernie’s third and it’ll be Christina’s fourth.”