Home News It’s not about Buhari’s age… are the youth ready to lead? —...

James Ibori, former governor of Delta state, says Nigerians should be more concerned with whether the youth are ready to lead, rather than a mere generational shift at the nation’s helm of affairs.

According to him, what the nation needs is courage and vision as “age has nothing to do with good leadership”.

A lot of Nigerians have been clamouring for a generational shift in the country’s leadership.

The ‘Not too young to run’ bill — which gives the youth the better chance to contest in elective positions — has also been passed at the national assembly.

In an article he wrote, Ibori said politics is a “game of ideas and numbers” and that the Nigerian youth needs to pay “the required price.”

He argued that the call for President Muhammadu Buhari not to seek re-election so as to pave way for a youth to lead the country is unjustified.

“The choice we face is not that of ‘paedarchy’ or ‘paedocracy’ versus gerontocracy,” he said.

“This age-related argument should not be aimed at Buhari. The constitution gives him the right to seek the presidency for two terms. The argument for and against him should be based on his record of achievement.

“The young ones need to make the necessary sacrifice, study the problems facing the society, master how to solve the problems of the various parts of the Nigerian federation.

“Has the youth trumped the old in behaviour, morality, leadership, integrity and frugality? How have our youth fared in the professions, the military and the civil service? Do they even hold out any hope for the nation?”

Ibori said unlike the Nigerian youth, some of the world’s leaders including France President Emmanuel Macron —who was 39 years old when he emerged — and former US president Barack Obama had something to offer before coming on board.

“The election of a Macron in France may have galvanised a section of Nigerians to think that the time is now, he said, adding: “Macron did not contest for office solely on the basis of being a ‘youth’; he ran in a national election based on concrete ideas.”

Citing the case of Chukwuma Nzeogwu — who was 28 years old when he oversaw January 15, 1966, coup, Ibori said “ironically, the problem of Nigeria has been caused, in large part, by exuberant young men who were at the helm of affairs in the first decade of the nation’s independence”. 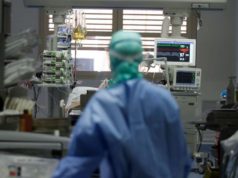 Coronavirus: Ogun State closes all its borders with neighbouring states and Republic of Benin 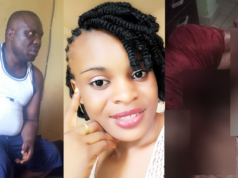 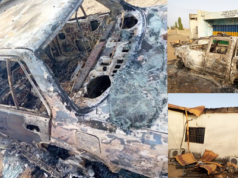 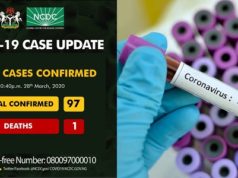 8 new cases of COVID-19 have been reported in Nigeria; total now 97. 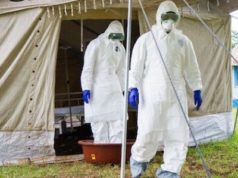 8 new cases of coronavirus confirmed in Nigeria; 2 in FCT, 4 in Oyo, 1 in Kaduna and 1 in Osun State 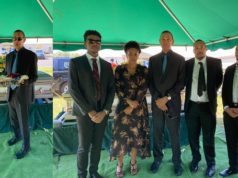 Coronavirus: Ogun State closes all its borders with neighbouring states and Republic of Benin

New photo shows how a couple and their guests observed social distancing at their...

“There should be free data and TV subscription during this stay...