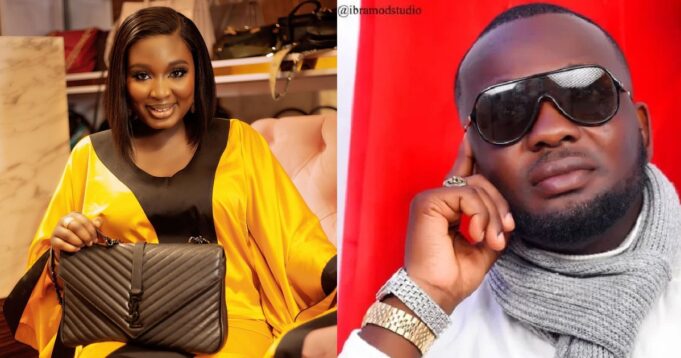 Popular Nollywood actress, Mo Bimpe, has finally reacted to reports that she and Yomi Fabiyi fell out because he demanded sex for a movie role.

Recall that the actor and movie director was recently called out by his baby mama, Grace Amarachi, who accused him of demanding coitus from actresses to feature them in his movie.

It was alleged that Grace’s relationship with the actor was a case of “sex for roles,” which eventually led to pregnancy. Amid this, rumours also started peddling that Mo Bimpe and Yomi Fabiyi fell out because he demanded intercourse in exchange for a role in his movie.

A fan during a question and answer session asked the actress to clear the air on these allegations, and she responded.

“Is it true that you and yomi dey fight because of s3x for role?”, the fan asked.

However, she said he told her that if he knew she would turn him down, then he would have asked her out before they shot the movie.

She added that when he asked her out, he insisted in either dating her or being enemies with her, so she made her choice.

No! in fact he didn’t ask me out till we finished his I movie I featured in (tho he said if he knew I was going to turn him down then he would have done that before shooting the movie”.