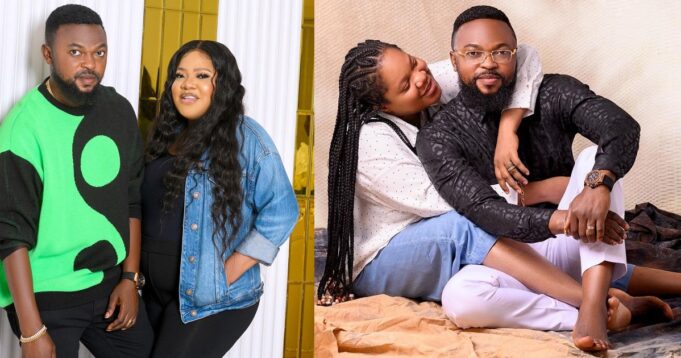 Nollywood actress, Toyin Abraham’s management team has reacted to rumours that her marriage with actor Kola Ajeyemi is in turmoil.

Controversial Instagram blogger, gistlover, also alleged that Toyin’s husband, Kola, is not happy in the marriage as the actress “barely slept in their matrimonial home”.

Well, Toyin’s management has now dispelled the rumours in a statement released on Friday, July 1, assuring the public that all is well in their home.

“We just saw a report of an ‘untrue’ and alleged ‘shaky’ marriage of our talent, Toyin Abraham and her Nollywood star husband, Kola Ajeyemi. Often time, people say there is no smoke without fire, but this time around we assure all fans of Toyin and Kola Ajeyemi that there was no smoke talk less of fire.

This story is not true. Toyin has not slept out in months except for location or when she’s out of town for job. Most often than not, she and her husband holiday together both within and outside Nigeria.

We also acknowledge concern that people have shown regarding the marriage and prayers that God will sustain. We thank you and appreciate the concern. But we assure them that the marriage is intact, not shaky and all is well”.