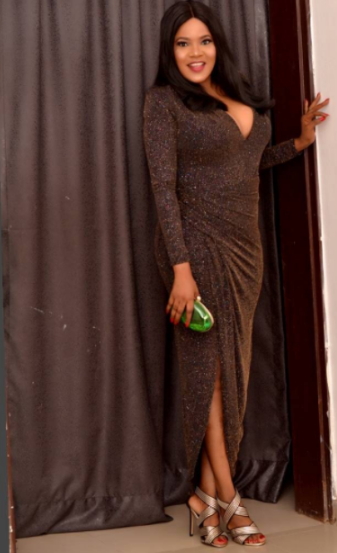 Here are pictures of Nollywood Actress, Toyin Aimakhu, flaunting her boobs in a sexy dress as she stepped out for “Hakkude movie premiere”… Her dress has of course got people talking on social media.

The 32-year-old actress rocked a bronze dress with a plunging V-neck line and an overlapping thigh high slit to the event.

However some fans were not that pleased with the extremely the accentuating dress that gave out her most cherished asset which she claimed was given to her by her elder sister.

Recall,in her last interview with Broadway TV, she revealed that she is now a born again Christian.

She even promised to show fans the better side of her. 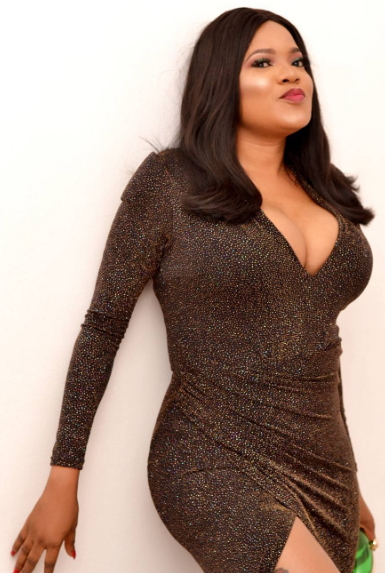 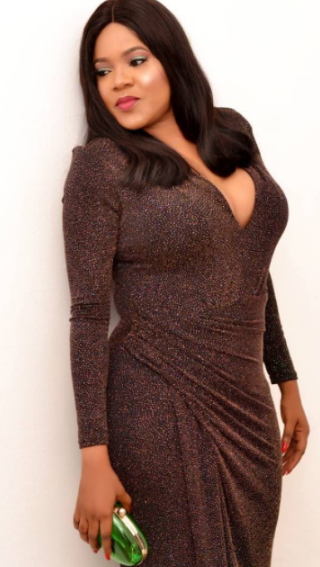