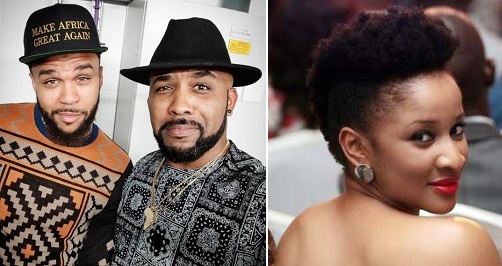 Yesterday, Banky W posted a really cute picture of himself and Jidenna and captioned it: “I thought I was kinda fresh until this Yanky banky guy came along.. cc @Jidenna pls epp ship over some of ya cream”

Banky W and Jidenna will be performing at a concert scheduled to hold in the United Kingdom.

Adesua Etomi who happens to be Banky’s Fiancee saw the picture, and of course made a comment. Recall Adesua in April made a tweet where she declared she’s officially crushing on Jidenna.

In a Tweet she wrote on the 13th of April, 2017. Adesua declared she’s seriously crushing on Jidenna, she wrote: “It’s Official. I’ve Been Fighting It. Trying To Tell Myself What I Feel Isn’t Real. …It Is. Dear Jidenna, I Love You. Such A Babe (Love struck smiley” 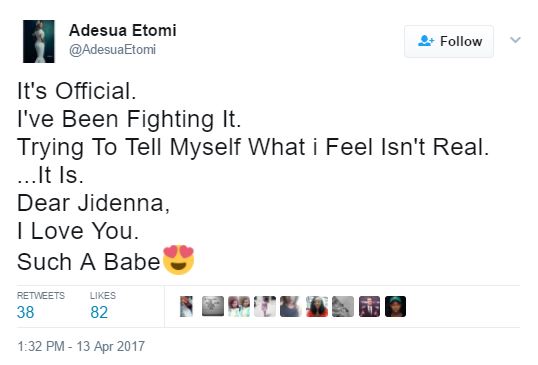 Now, seeing her Future-Husband, Banky and Jidenna together serenading all shades of cute in one Photo, Adesua Had this to say on Banky’s Instagram: “Haaaaay. See set Upppp! Hi Baby” 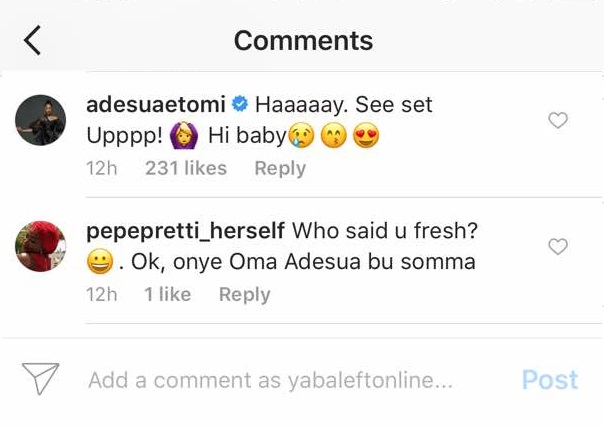 Now, the question on everyone’s lips… The “Hi Baby” Who’s she referring to? Her crush or her Husband?