Democracy day has come and gone, but it was a glamorous day for some as President Buhari on Tuesday night June 11th, hosted some world leaders as well as top Nigerian government functionaries, to a gala night to commemorate the celebration of June 12th Democracy day. 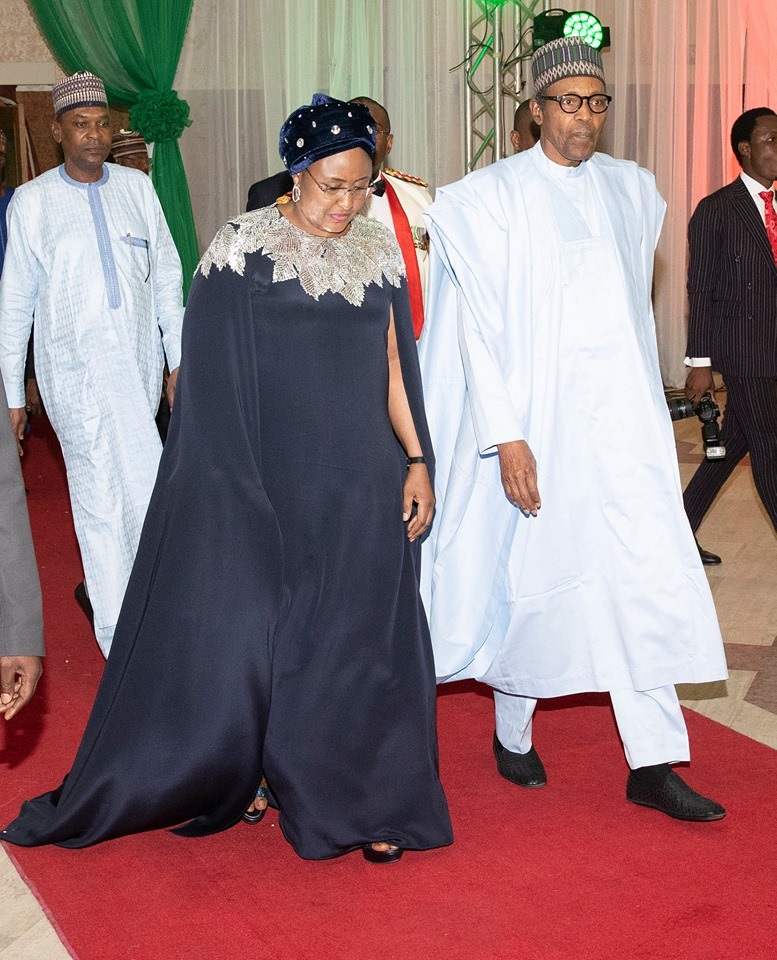 However, in the presence of other world leaders, Aisha Buhari, was significantly show stealing as stepped out in a Maple Leaf Embroidered Silk-Crepe Cape-Back Caftan by A-list designer, Oscar De LaRenta. The dress which used to go for $4,290 (1,544,400), is currently retailing for $2,145 which in Naira equivalent is N772,200. 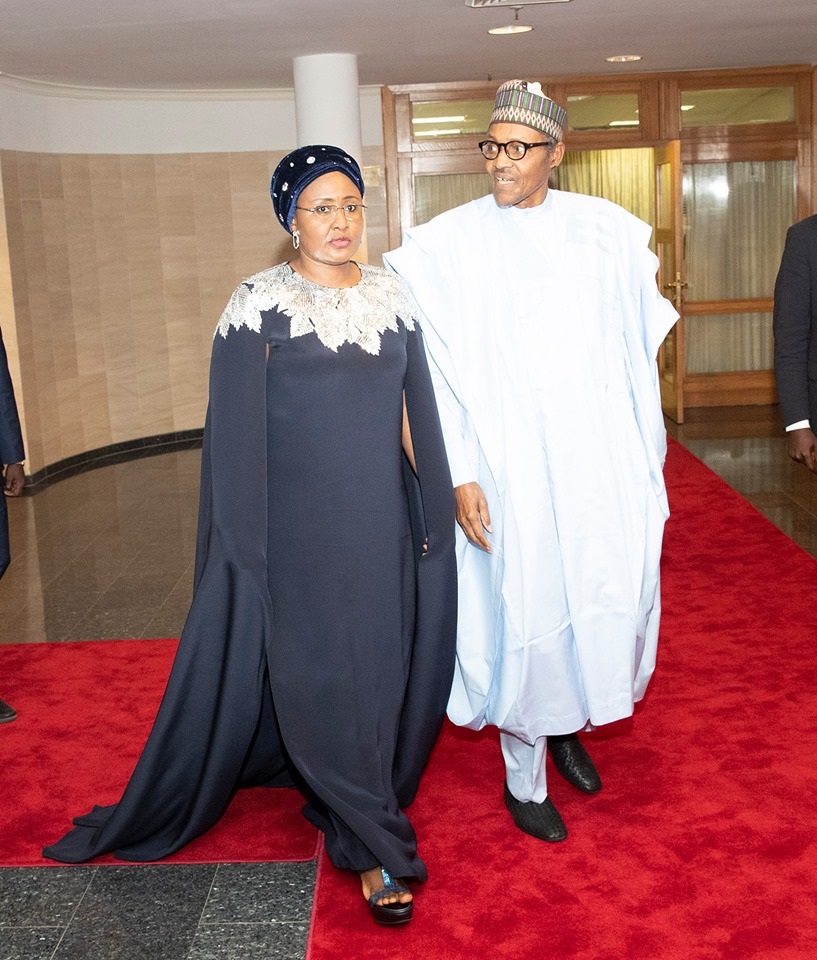