Nigerian comedian, Akpororo and his wife who moved into their newly built mansion on the island few weeks ago, are celebrating their 2nd wedding anniversary today, November 14th. 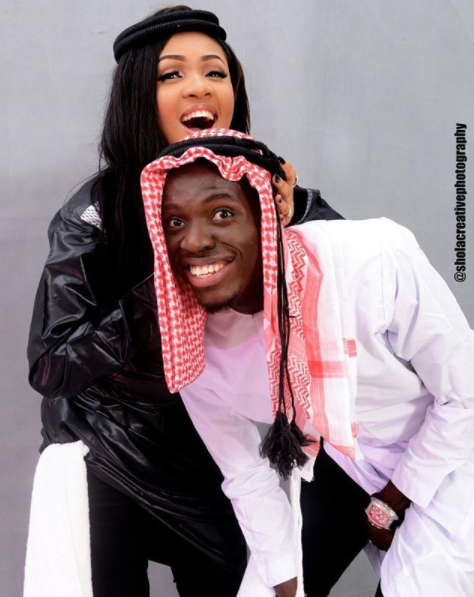 Recall, Yung6ix’s DJ, Timmy blasted Akpororo in a social media beef, saying that his wife was a sex slave who had 6 abortions.

The beef which started after the rapper called out Akpororo who made a joke about him at a concert in Ilorin, saying that he should have used the 3.9million he spent on drinks at a night club to buy a hit song, as he has none. 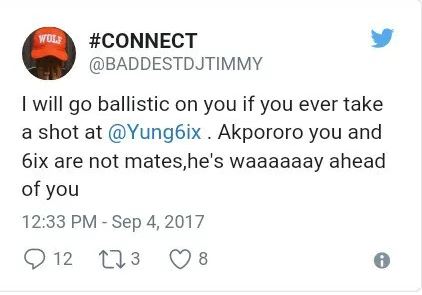 Yung6ix’s DJ in response, then made videos calling out Akpororo, saying his wife and mother of his child was a sex slave and had aborted six times for PD, a dancer. 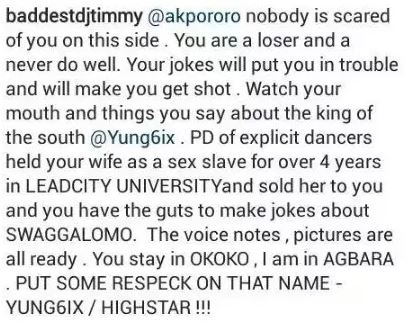 He also said Akpororo begged to marry her and advised him to get a paternity test done as his child may be someone else’s.

Comedians think they can just say anything in the name of comedy.The fact celebs don’t reply your hurtful jokes don’t mean dey like it