Home People Alaafin of Oyo’s wife, Olori Kafayat, dies in US months after his... 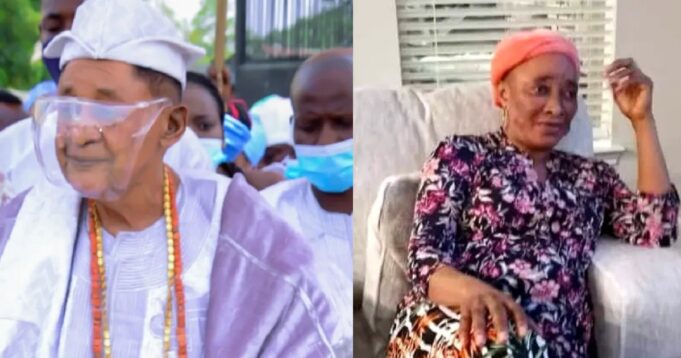 Olori Kafayat Adeyemi, one of the wives of the late Alaafin of Oyo, Oba Lamidi Adeyemi, is dead.

The queen, who is one of the monarch’s oldest queens, passed away on Friday night, July 1, in the US, barely two months after Oba Lamidi Adeyemi’s death.

Olori Kafayat is the mother of Prince Adebayo Adeyemi, popularly known as D’Guv, the Chairman of the Oyo State Local Government Pensions Board.

Mr. Bode Durojaye, the Director of Media and Publicity at the Alaafin Palace, confirmed her death to Punch on Saturday morning.

He said, “She died in the United States of America. I will give you the details later.”

According to the report, the remains of Alaafin Adeyemi, the third from the Alowodu Ruling House, were brought to Oyo in the early hours of Saturday, April 23 and traditional rites began.

Alaafin Adeyemi, the third from the Alowodu Ruling House, ruled for 52 years.

The traditional ruler had been sick and a plan had been made to fly him abroad before he passed on late Friday night.

A source familiar with the medical travel plan said his tickets and those of a few wives were already procured.