Chelsea record signing, Alvaro Morata, who was bought for £60m from Real Madrid in 2017, has completed an 18-month loan deal to Atletico Madrid in Spain. 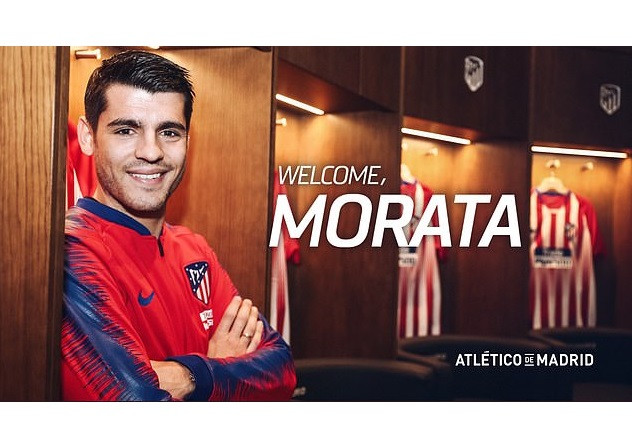 The 26-year-old striker who had fallen out of favour at Chelsea under Maurizio Sarri ,and struggled to impress since his arrival, was pushed further down the pecking order by the arrival of Gonzalo Higuain.

According to Mail Online Sport, Morata’s move to Atletico was formalised today after Monaco sealed a loan deal for Atletico Madrid winger Gelson Martins, freeing up room for the Spanish striker.