Home Nigerian entertainment news, Nigerian celebrity news “We had an argument and I blocked him” – Alex reacts to...

Yesterday, news spread all over Nigerian social media of how former big brother Naija housemates, Alex and Tobi seem to be having an issue, as Tobi was no longer following the model on Instagram.

The duo, known to be the best of friends from the house had their fans speculating whether their friendship had hit the rocks after it was discovered that Tobi was no longer following Alex on IG. 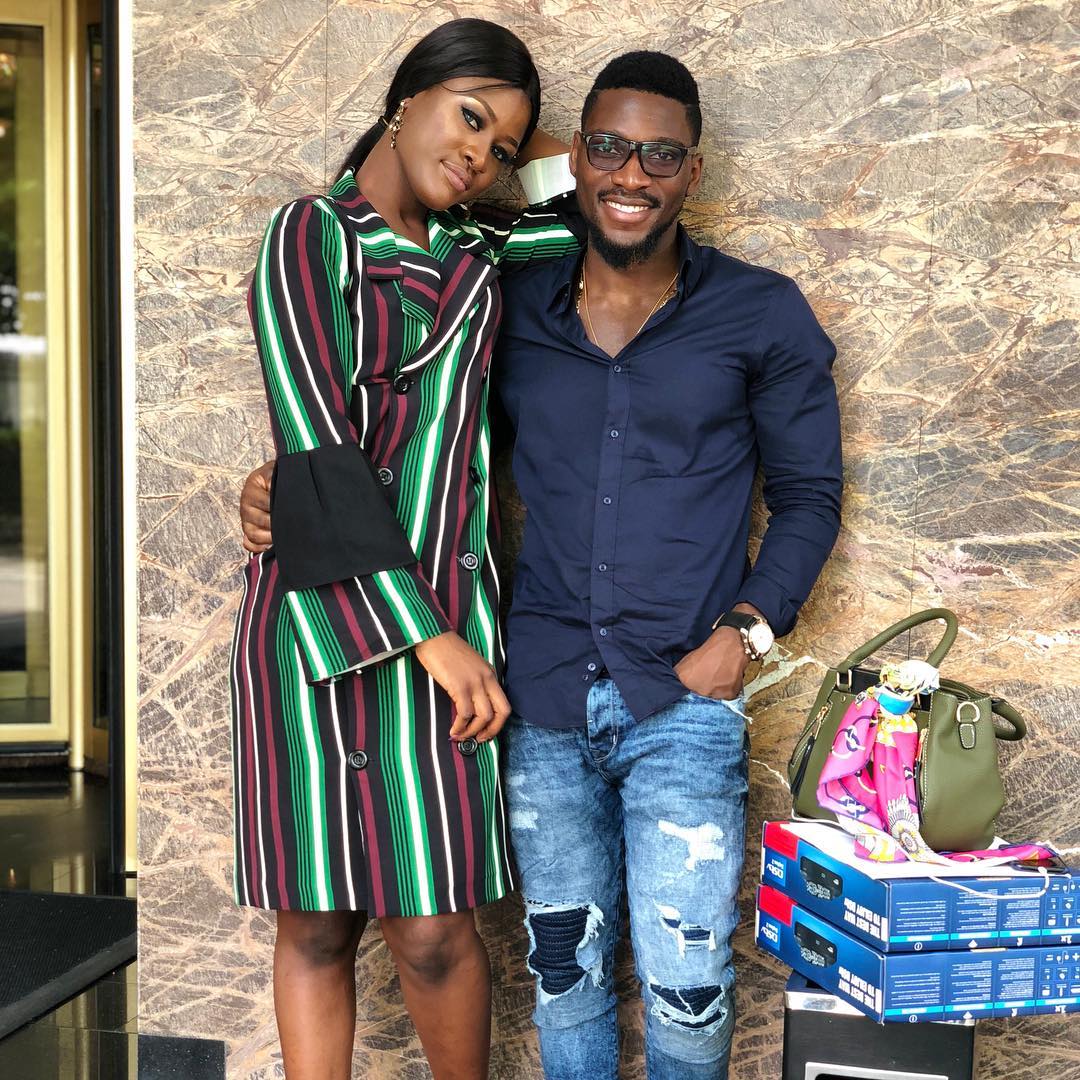 Well, Alex has now reacted to the report saying he didn’t unfollow her but rather, she blocked him after they had an argument.

She wrote on her page,

Nobody unfollowed anybody please. We had an argument and I blocked him, when I was calm, I unblocked and we r cool. Then social media built an estate with a little issue. Thanks for caring. We love you all. #speakupandendtrouble 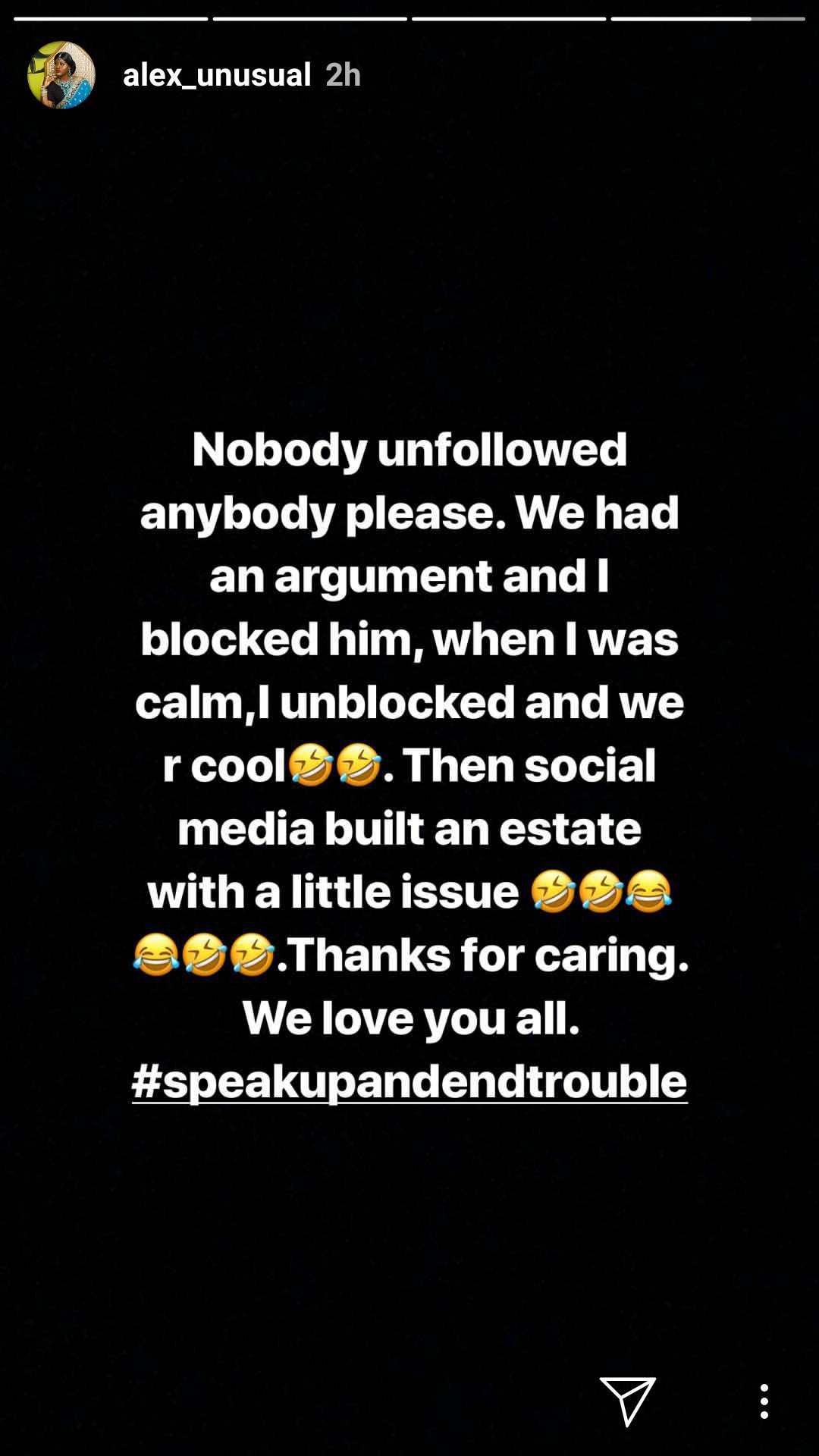 BBNaija Ike pens down heartfelt message to his lover, Mercy Eke as she turns...

I am single and free – Singer MayD writes as his marriage to his...