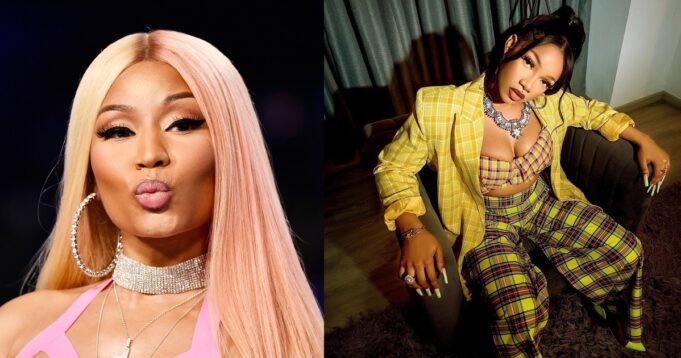 The rapper who was addressing followers during the live session on Instagram, received tons of comments from fans, celebrity fans and others praising her while she spoke.

Tacha Akide was one of the active fans praising the rapper in the comment section — however, around the same time she left a comment, American gospel singer, Tasha Cobbs Leonard also dropped a comment saying she loves the rapper and misses her.

Acknowledging the comment, Nicki Minaj is heard returning the love to a particular “Tasha”, as she stopped what she was saying and said “Tasha, I love you so much”.

But given the fact that she didn’t specify which “Tasha” she was referring to, there’s been confusion as the two names sound alike.

Reality TV star, Tacha, however speedily took to her Twitter handle to announce that she got acknowledged by Nicki Minaj but a couple of netizens are adamant that the female rapper was replying to Tasha Cobbs’s comment instead.