A quite hilarious photo of Nollywood actress and businesswoman, Mercy Aigbe goofing around with an unknown man on set has been shared on her page.

Judging from the actress’s facial expression, it looks as though she wasn’t on the same level with the man who pecked her on set. 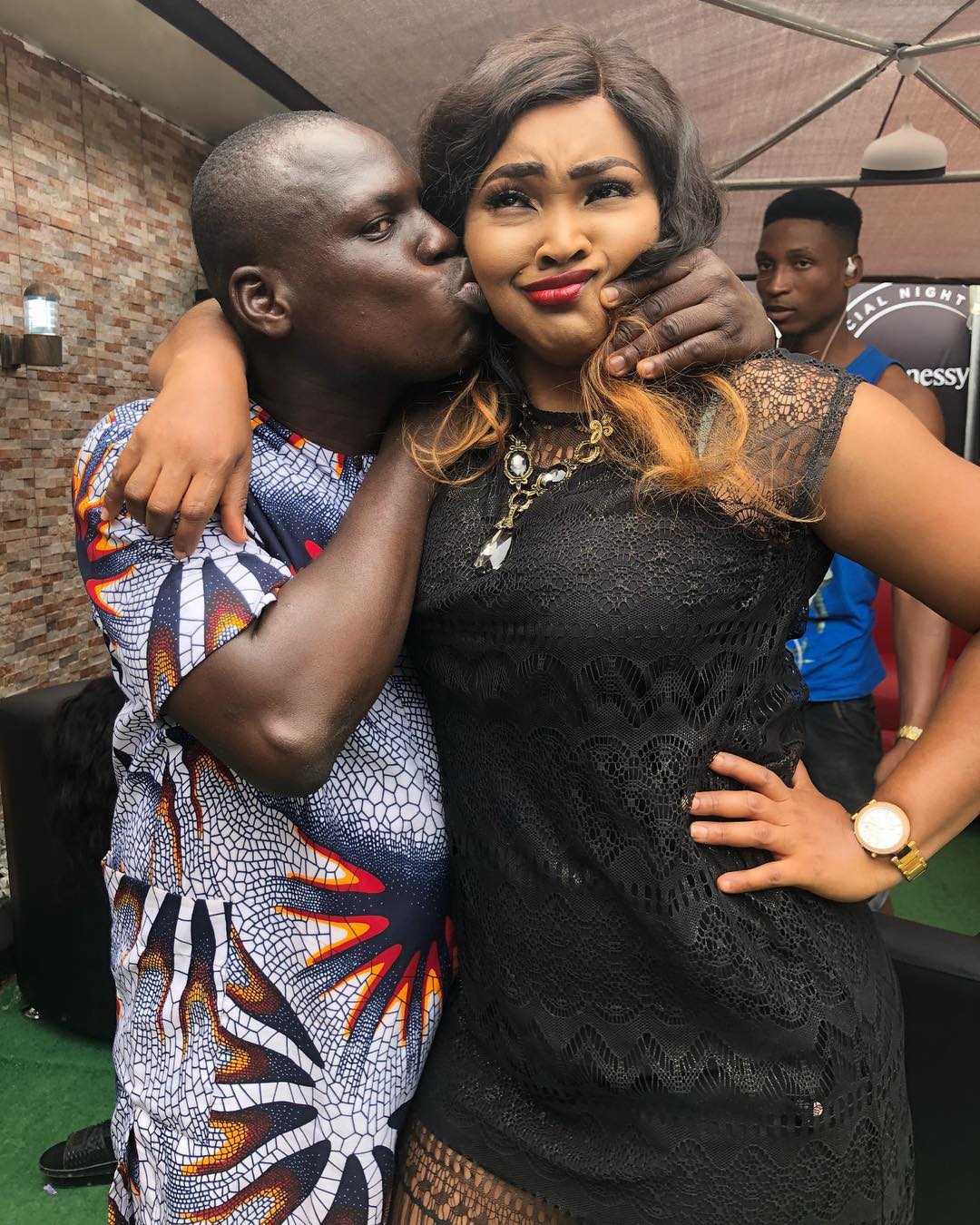 She shared the photo on her Instagram for humour and people have been asking questions about who he is – it appears the duo have a cordial relationship.

Mercy Aigbe is a Nigerian actress, director, businesswoman and mother of two who is best known for her Yoruba language movies. She is 40 years old.