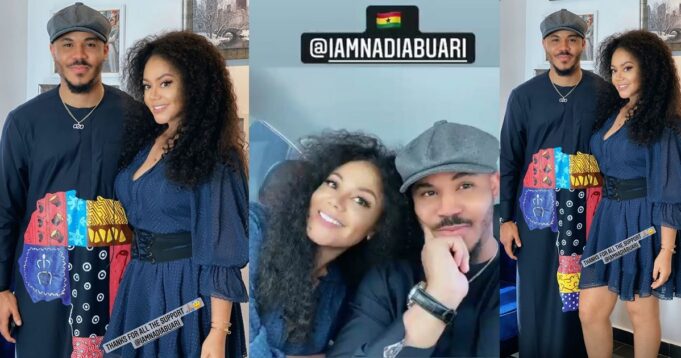 The reality Tv star who recently met with the Ghanaian actress shared photos from their meeting on his Insta-stories. However, this stirred reactions online, with fans suggesting the actress is a perfect replacement for his love interest, Nengi.

Sharing the beautiful photos of them together, Ozo thanked the actress for her support.

In his words, “Thanks for all the support @iamNadiabuari.”

See some fan reaction below,

@NormanAllstarL1 wrote, “They really look alike…. Ozo sister has found since looking for him since 1900”.

@chinweenwezor wrote, “We all know Ozo likes them fair. He even said so. Well they look good.”

In other news, the reality TV star was recently appointed as an ECOWAS Youth Ambassador by the West Africa Youth Council.

Excited by his latest achievement, the sport enthusiasts rushed to social media to announce the news to the general public.

He shared a photo of the official appointment letter which confirmed him as an Ambassador and pledged to deliver his duties and responsibilities to the best of his ability.