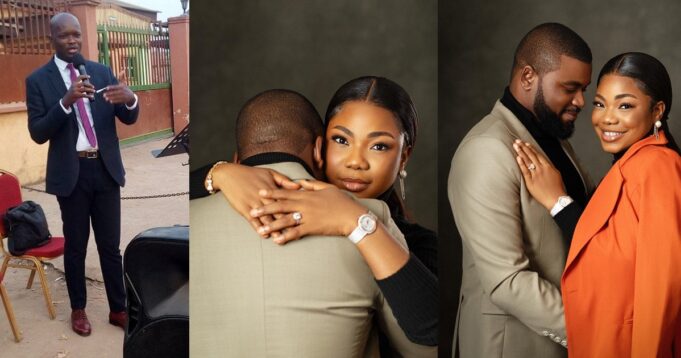 The 31-year-old sensational music minister announced news of her engagement to the resident pastor of Waterbrook Church in Lagos, Pastor Blessed Uzochikwa, on Thursday afternoon, June 23.

However, one Evangelist Victor has since gone on Facebook to criticize the photos for a million and one different reasons.

Victor started with Mercy’s ring, noting that using a ring for an engagement or wedding engagement is completely wrong and totally unacceptable.

He claimed that the Bible forbids Christians from wearing rings and jewelry, and he cited a verse to back up his claim.

He also criticized the singer for wearing cosmetics in the photos. According to him, the use of makeup is a sin.

“CONGRATULATIONS to you Mercy. Meanwhile, Using Ring for engagement or Wedding engagement is Completely wrong and Totally unacceptable. As Christians, the Bible forbids us from using ring’s and Jewelries as stated in Isaiah:3-16-26. Wearing Make-Up is another Sin of it’s own. Make-Up are for spoilt people (Prostitute) as stated in Jeremiah:4-30, and no spoilt person will enter the kingdom of Heaven.”