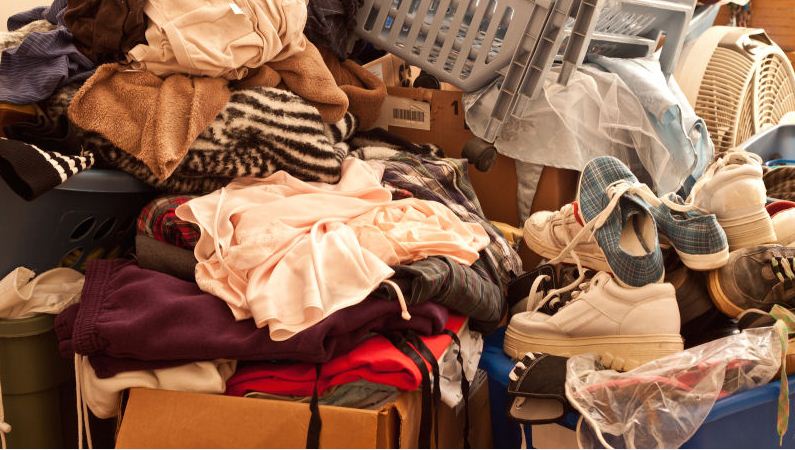 A blind hoarder who had always wondered what became of her son 20 years ago has discovered that he was lying dead upstairs the whole time.

But because there was so much junk and bad smells in the house, she apparently had no idea.

Authorities in New York say they believe the woman thought he had simply left home without saying anything, Daily Mirror reports.

Now the horrific truth has been revealed at the house on Avenue N near East 22nd Street.

The mother is now quite elderly and had been living with the skeletal remains of her son, possibly for as long as 20 years, the New York Post reports.

She is a legally blind hoarder who may not have even known he was there, NYPD sources told the paper.The chilling discovery was made on 15 September when a relative arrived at Rita Wolfensohn’s home in Midwood.

Rita was in hospital and needed some things, and the relative was helping out.

Upstairs, in a bedroom stuffed full of items, the sister-in-law Josette Buchman found a “completely intact” skeleton, dressed in jeans, socks and a shirt, lying on its back on a thin mattress on the floor, police sources told The Post.

The law-enforcement source told the paper it was like something out of Hitchcock’s finest horror – the 1960 flick in which a son, Norman Bates, keeps his dead mother’s remains in a basement.

The source said: “It was like some reverse ‘Psycho’ scene.”

However, it seems investigators really believe Ms Wolfensohn may not have known she was living with the corpse of her son. Cobwebs and garbage filled the room where the body was found.The smell of decaying food had long replaced any odour of rotting flesh.

Police asked her about her son, and she talked as if he had simply moved out.

Authorities have not yet officially identified the body but believe the man was Wolfensohn’s son and that he died of natural causes. According to public records, Wolfensohn had two sons, Michael and Louis.

Relatives said they had not seen Louis – who today would be 49 years old – in 20 years. Michael died in 2003 at the age of 38, according to court documents, said the paper.