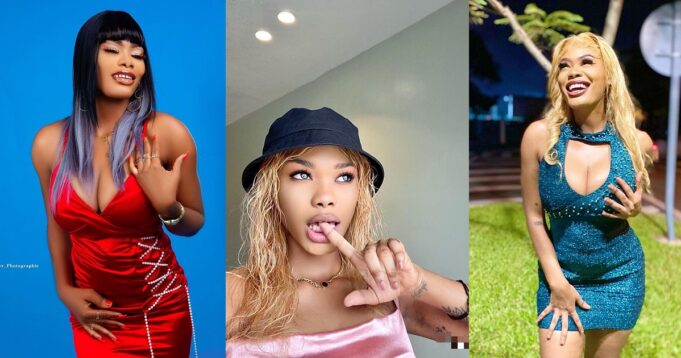 The Ivorian lady, who came into limelight after inking a tattoo of the crossdresser and was invited to Nigeria to become his personal assistant before they fell out in 2021, recently delved into pornography.

Oye who seemed genuinely repentant at the time, also said she was done with pornography as she bemoaned the things she has done just to remain in the spotlight.

However, the skin goddess has now rescinded on her statement as she took to Snapchat on Thursday to post a nude picture of herself, another picture showing her nipple and a seductive video.

See the pictures below,