Home News “Bullets in my body yet to be removed” – Freed Kaduna train... 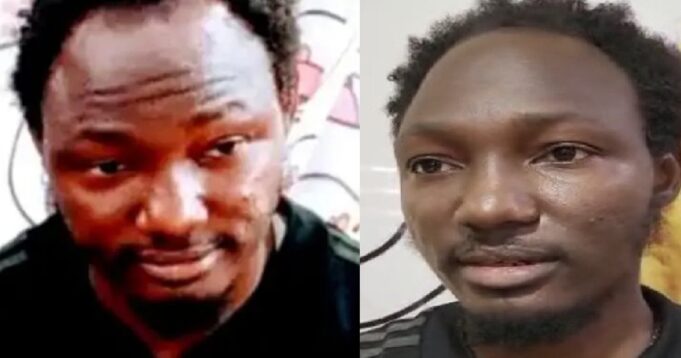 Sidi Aminu Sharif, one of the abducted passengers of the ill-fated Abuja-Kaduna train who regained freedom after over four months in captivity, has narrated his ordeal.

Sharif was freed alongside four other passengers on Tuesday, August 2.

Speaking on his ordeal in captivity at the Kaduna office of Tukur Mamu, Kaduna-based publisher, Sharif narrated how he was accidentally shot by the terrorists on their 85th day in the den.

According to him, efforts made to remove the bullets were unsuccessful. He said the terrorists’ doctor invited to attend to him failed in his several attempts to extract the bullet from his abdomen.

“I am one of the passengers of the train attacked in Kaduna on its way from Abuja. I could remember how it happened when the train was conveying us to Kaduna. As we were sitting on the train, I could remember I praying when we heard a loud sound… I was shot on my stomach in captivity. A doctor tried to remove it but he could not. He used my clothes to manage the blood which flowed to my knees.

“He used gloves and search my stomach to pull out the bullet but couldn’t find, he later used scissors but still couldn’t find any bullet in my stomach. Eventually, he just put bandage round my stomach. Up till now, we didn’t see the bullet. I don’t know if it’s still in my stomach. I hope now that we are free, I can go to the hospital for x-ray if the bullet can be found. The past four months in the terrorists’ den was traumatic. There was no rest of mind, because we were sleeping and waking up with sight of guns.

The people remaining captivity are not in good condition, especially there is a woman who is close to 90 years of age and even children who are in pitiable condition. In fact, we don’t want any of the remaining passengers to spend one more day in the jungle. The government should do whatever it can in its capacity to ensure the rest also come back home tomorrow (Wednesday)”. He said.