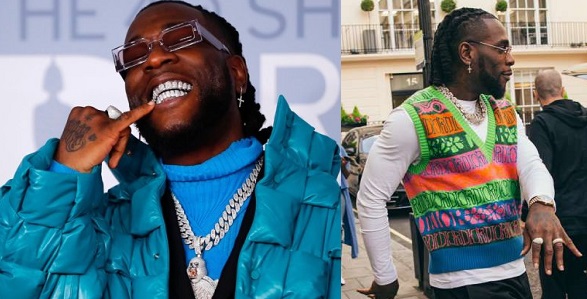 Award winning Nigerian singer, Burna Boy has taken to social media to rejoice over his second-ever nomination in the Grammy Awards.

Nigerian singer, Burna Boy has been nominated for a Grammy Award for ‘Best Global Music Album.’

In the nomination list for the 63rd annual Grammy Awards which was released November 24th, Burna got a nomination with his new album, ‘Twice As Tall.’

Recall that earlier in the year, Burna Boy’s album, African Giant lost the category to Anqelique Kidjo, making it his first-ever nomination to the prestigious award.

In reaction to his second nomination, the self acclaimed African giant has taken to social media to celebrate the new feat.

Burna shared a photo of himself striking a dance pose, with a big smile on his face and captioned it,