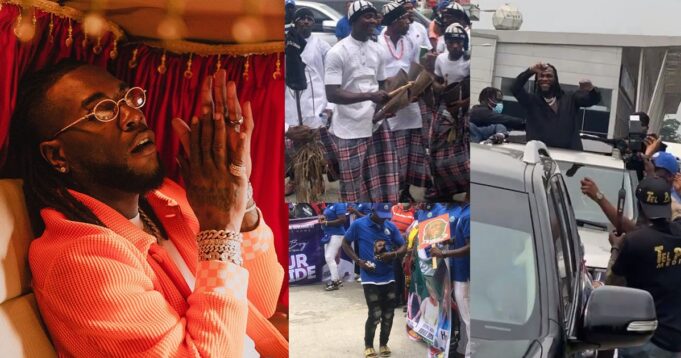 The self styled African giant was welcomed in grand style as he arrived the state. He was welcomed by important dignitaries, cheering crowd and different troops all donned in different traditional attires all hailing the superstar singer.

In videos shared online Burna Boy’s mum, Bose Ogulu was spotted with him as the crew entertained them with cultural performances.