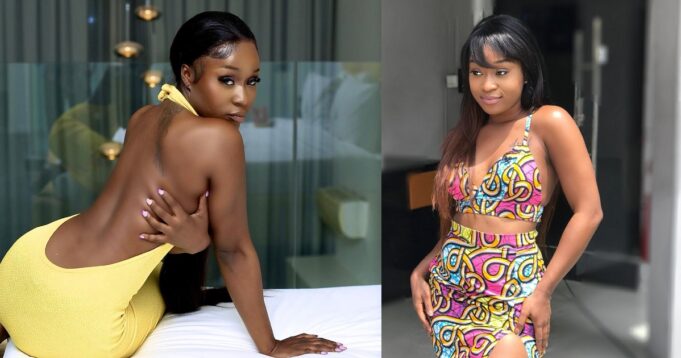 Some days after she denied claims of sleeping with dancehall star, Shatta Wale, Ghanaian actress and media personality, Efia Odo has disclosed the amount she will take if she ever charges for sex.

She revealed the price after she tweeted about outrageous things she’s heard about herself and also asked her followers to contribute.

Responding to the rumor of charging 1,500 Ghana cedis for sex two years ago, Efia wrote “If I ever charge for sex, I’ll charge more than $10k.”

The actress revealed that she has never slept with Ghanaian reggae-dancehall star, Shatta Wale.

The media personality made this revelation on Twitter during a Question and Answer session she had with her followers.

Efia had stated that she has heard crazy rumors about herself and would like to hear from her followers the crazy things they’ve heard about her.

In response, an inquisitive follower asked if it’s true that she has slept with Shatta Wale, however, Efia disclosed that she and the singer never had sex and they were just friends.

“False. I’m closer to men than I am with woman. Charles was another close friend of mine,” she said.