Home Viral Checkout hilarious responses these children gave after their parents told them to... 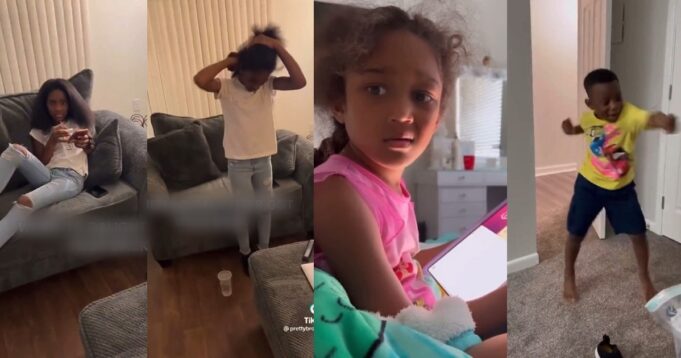 The responses some children gave after their parents asked them to put on their shoes and follow them to go and fight, is blowing up online over the hilarity of the content.

In what is gradually becoming a trend, parents are seen recording the reaction of their little kids after they randomly tell them to put on their shoes because they’re about to go and fight someone, so they need their kid to follow them and fight in case the person they want to fight brings their kid along with them.

Some kids are seen ready to fight for their parent as they hurry up to put on their shoes and ask where the fighting is going to take place, while others are quite confused as to what to do.

Some of them blatantly refused to join their parent while one even burst into tears over what her mother was asking of her.

Watch a curated video as you scroll,