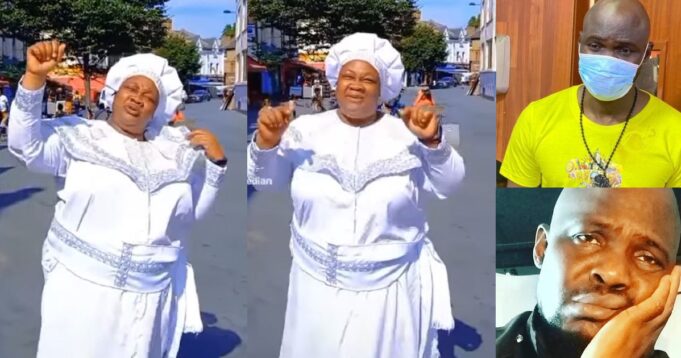 Princess had, in April 2021, accused the veteran actor of assaulting the 14-year-old girl since she was 7, and he was subsequently arrested but later released on bail on health grounds.

However, after months of legal wrangling, Baba Ijesha was convicted before the Ikeja Domestic Violence and Sexual Offences Court on Thursday, July 14.

The presiding judge, Justice Oluwatoyin Taiwo, in her judgement, convicted Baba Ijesha of indecent treatment, sexual assault, and attempted sexual assault of Princess’ foster daughter and sentenced him to a 16-year jail term that will run concurrently.

A few moments after the verdict was passed, Princess shared a video of herself singing along to a song of thanksgiving.

In other news, controversial singer, Habeeb Okikiola, better known as Portable, has revealed that he was once paid to insult the presidential candidate of the All Progressives Congress (APC), Bola Ahmed Tinubu.

The Zazu Zeh star made this revelation while reacting to the backlash he received for declaring support for Tinubu ahead of the 2023 general election.

Portable, who disclosed that he once collected money to speak ill of a politician, said the table has now turned, as APC has now paid him to support its candidates.

In a new video he shared on his Instagram page, he told those criticizing him for supporting Tinubu that he was only doing his job.