Social media Influencer, Adeherself, has sent congratulatory messages to her “good friend”, Comedian Abiola, after he tied the knot with real girlfriend.

However, Abiola’s sudden marriage to the unknown lady came as a big shock to some fans, who thought he was in a romantic relationship with Adeherself, especially after photos suggested he engaged Adeherself 6 months ago.

Reacting to the photos and videos making the rounds on social media, Adeherself, in a post shared on her Instagram story, debunked claims that she and the comedian were in a romantic relationship.

lol you guys should calm down now I already said this before that @thecuteabiola and I never dated and we aren’t in a relationship neither am I engaged but because he was mute on it, people felt there was a relationship so you see 4 I and and @thecuteabiola are good friends and still will be congratulations to you Bro @thecuteabiola now people don see say our real bride self no be here o 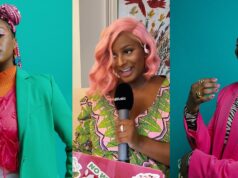 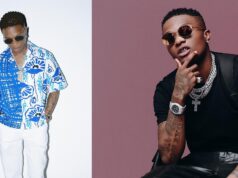