Home People “Continue to be yourself” – Former President of Ghana, John Mahama tells... 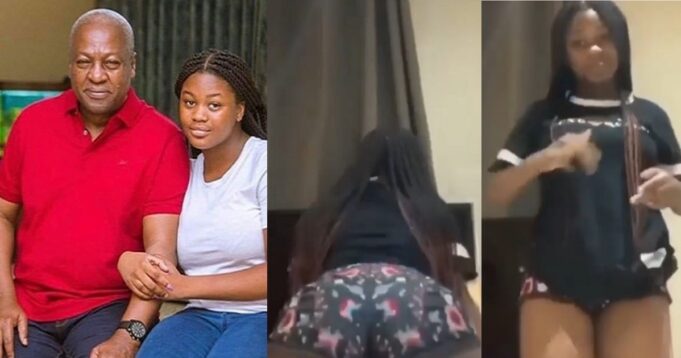 Former President of Ghana, John Mahama, has taken to Facebook to celebrate his daughter, Farida, as she turns 15 today, July 19.

This comes days after a video of Farida twerking up a storm went viral on the social media space in Ghana and sparked mixed reactions from Ghanaians.

In the video, the teenage girl who donned a black shirt and bum short, was heard saying she wants to teach her friend, Janelle, how to do the ‘up and down’ twerk.

She then started twerking up a storm in sync with a song playing in the background.

Days after the video circulated online and elicited criticisms from netizens, the former president took to his official Facebook page to celebrate his daughter whom he called the “baby of the family”.

He also expressed his love for her and told her to continue being herself and grow beautifully.

“Baby of the family. All so grown up already. Happy 15th birthday, Farida. Lots of love from me, your mother and brothers. Continue to be yourself and grow beautifully.”

In other news, Ghana’s first transgender musician, Angel Maxine has spoken on the alleged “prejudice and ostracization” she faces in her country.

Speaking in a recent interview with BBC, where she opened up on her journey as a transgender and how she had to accept and embrace her biological difference.

According to the musician, she started displaying effeminate qualities from birth and the nurses were confused about her gender even though she had a penis at the time.