Home Viral Couple cry out after one of their 2-month-old twin babies dies due...

A Nigerian man identified as Imbul Dooyum Kelvin, and his wife, Mimidoo Rufina, have called out a Lagos Hospital, Gbaja Randle Mother and Child hospital in Surulere, Lagos, over alleged negligence which led to the death of their two-month-old twin-daughter, Zoe.

The heartbroken father disclosed the unfortunate incident occurred on Friday, January 15, 2020, two days after they arrived the hospital.

“We woke-up on Wednesday morning and my wife said our baby wasn’t eating well again so we took her to the hospital, the doctor examined her and said she was ok but let us run a blood test to confirm if there was an infection.

Shortly after they took blood from her, my daughter cried for two-hours nonstop. We called the attention of the doctor and they rushed her to the ER and placed her on oxygen.

She was responding very well not until on Friday, the doctor came in and asked my wife to breastfeed her because she was stable for breastfeeding, after breastfeeding her, my baby started crying and my wife ran to the nurses to please come check our daughter but instead they sent her away, telling her she disturb too much.

My wife begged them with tears that please she’s not understanding her daughter but they neglected her, it was after the baby gave up that my wife started crying that they came to check her but by this time she was far gone already.”

Watch the video he shared on his page below ; 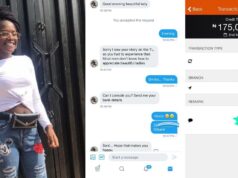 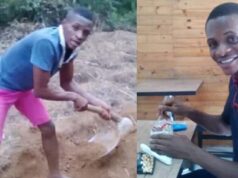 First-class Mathematics graduate who went viral after sharing photos of himself farming, bags PhD scholarship in US 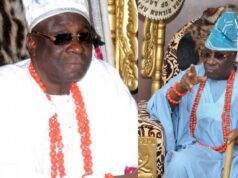 “Why I slapped Fathia Balogun at a burial ceremony” – Actress, Remi Surutu finally...

“I choose to live in Nigeria” – Lady says as she turns down opportunities...

Infinix prompts its community to join the move for equality as we celebrate International...

”I have no regrets but getting signed to YBNL will always stress me the...

“Why I slapped Fathia Balogun at a burial ceremony” – Actress,...

”I have no regrets but getting signed to YBNL will always...