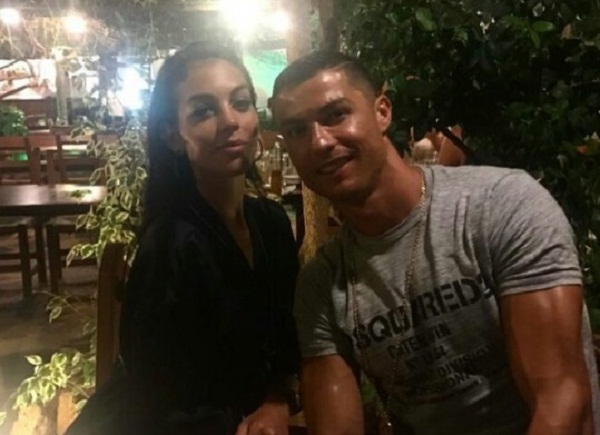 According to El Mundo, Portuguese Professional Footballer, Cristiano Ronaldo, has confirmed his girlfriend, Georgina Rodriguez’s pregnancy in their conversation with him.

The pregnancy rumours began swirling after the emergence of a series of pictures that revealed how her body was changing.

The 32-year-old Portuguese may be taking some time off the pitch ahead of the coming campaign, but that hasn’t stopped him making the headlines with news making the rounds that he’s expecting a fourth child!

This will be his fourth child as the Real Madrid superstar recently became a father to a set of twins – Eva and Mateo – who, like Cristiano Ronaldo Jr were delivered by a surrogate mother in the United States.

Read the chat between the Fooball Star and El Mundo:

El Mundo: How are your two babies like?
Cristiano: They are precious, I am delighted.

El Mundo: Do you change their diapers?
Cristiano: I’m not very good at it, but I try.

El Mundo: And are you happy with the one on the way?
Cristiano: Yes, very much.

According to 101GreatGoals, there are also rumours that the pair are planning to tie the knot as Georgina recently started following popular Spanish wedding dress accounts on social media.