Home Entertainment News “I dare you to respond to me openly and we can start... 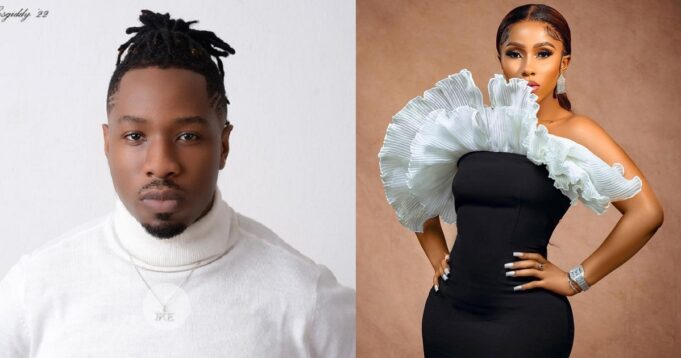 Realty TV star, Ike Onyema, has threatened to open cans of worms after his estranged lover, Mercy Eke, denied ever dating him.

Recall that Mercy Eke, who was a guest on the Frankly Speaking podcast with Nedu and Pretty Mike, maintained that she and Ike Onyema were never an item.

The 28-year-old was recounting how she once dated someone she was practically taking care of when the hosts interrupted, stating that they knew the man in question was her in-house lover, Ike. Although Mercy quickly dismissed their assumption and noted that she and IKe never dated.

Triggered by this remark, Ike shared the clip on his Instagram page and slammed the hosts, Pretty Mike and Nedu, warning them to keep his name out of their mouths. Read here.

In a new post, Ike marveled at how friends who you believe to be close to you can passively gossip about you.

He dared them to openly respond to him so he can open their cans of worms.

“People I respect so much, even the guy on blonde hair, someone I call my friend and drink together with can comfortably sit on a podcast and chat shit about me, would go a long way to tell you about what the word friendship mean to people.

They keep forgetting that I blog and people randomly send me information about so many celebrities, even when I don’t ask, I just don’t want to ridicule anybody, but I know everything everyone is doing (Both dirty and clean), I just chose not to go down that line of trying to Humiliate them.

But I’m waiting for any of them to respond to me openly and we can now unveil cans of worm. I dare any of them to reply me or respond back… Be careful who you call your friend that’s all I have to say for now!! Have a productive day!!!” He wrote.