Home Nigerian entertainment news, Nigerian celebrity news Davido attempts to make a drawing of his girlfriend, Chioma, and its...

So he may be one of the best music artiste the country has ever seen but he definitely is not a fine artist! Lol

Davido‘s visual artistry can most definitely not be compared to his music artistry after a drawing he attempted to make of his girlfriend was shared by her.

At least, if it were a caricature of the chef, we’d have given the singer a lil kudos, but this is just … disappointing and even Chioma herself is not impressed.

Take a look below, 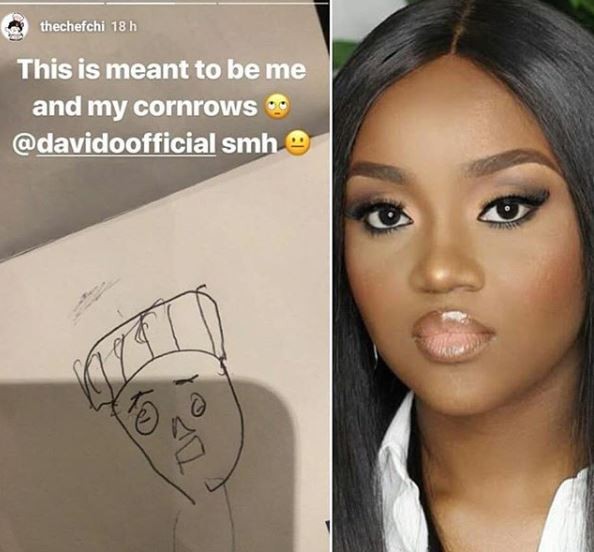 I guess we’ll give the singer an e for effort eh?

The singer’s DMW came through with their highly anticipated track, titled, AZA which features Port-Harcourt Big Boy, Duncan Mighty, who is currently trending after he was accused of beating his wife to a pulp.