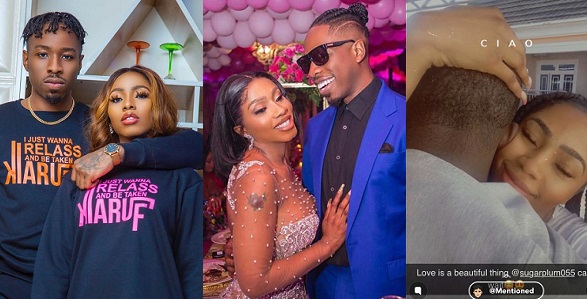 It has been alleged that reality TV stars and power couple, Ike Onyema and Mercy have ended their relationship of over one year.

Although there’s no official information to confirm this claim, a photo that suggests that the BBNaija star Mercy has broken up with her boyfriend has surfaced online.

In the viral photo Mercy was spotted giving another man a romantic hug, and captioned the photo,

Similarly, a recent post on Ike Onyema’s Instagram page has hinted on the possibility of the rumour being true.

In the post Ike emphasized on deserving better and done with the “fake”.

“Hard work will pay off, this year with @remymartinng has been an amazing journey. They’ve given my Fans and I so many reasons to smile.

The moment when everything changed was when I realized I deserve so much better. Real Gold and Real Cognac Diamonds. Done with the fake…”

Many fans have tagged Ike’s post as a shade targeted at Mercy, and many took to the comment section to confirm if the duo are still together.

@dynamicgirl wrote, “it’s another man not Ike . They are done”.

@dorcasbaby wrote, “So it’s really over between you 2”.

@deevee classic wrote, “From the poem here it is obvious they are not together”.