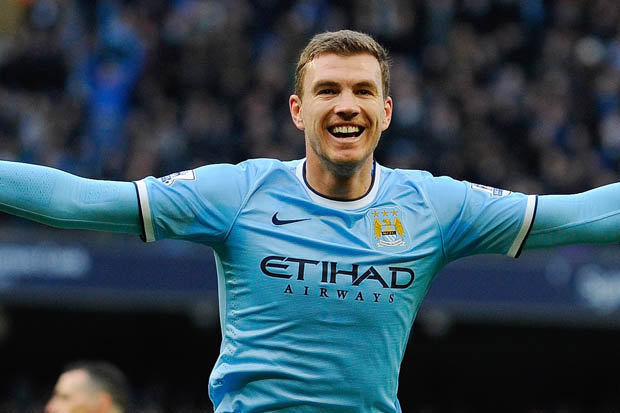 Manchester City striker Edin Dzeko has joined Italian giant Roma on a season-long loan with a view of a permanent transfer.

The 29 years old joined Man City from Wolfsburg in January 2011 and went on score 72 goals in 189 appearances for the Blues during his time at City.

Dzeko, 29, has left Manchester as a two-time Premier League winner, having also lifted the FA Cup and League Cup. He scored 50 Premier League goals in 130 appearances.

“Edin Dzeko has joined Roma on a season-long deal with a view to a permanent transfer if certain conditions are met,” said a statement on City’s website.