The Economic and Financial Crimes Commission (EFCC) has debunked claims of Dubai-based Nigerian man, Ismaila Mustapha popularly known as Mompha bribing his way out of its custody.

Mompha was arrested in October by the anti-graft agency on charges of money laundering and internet fraud. 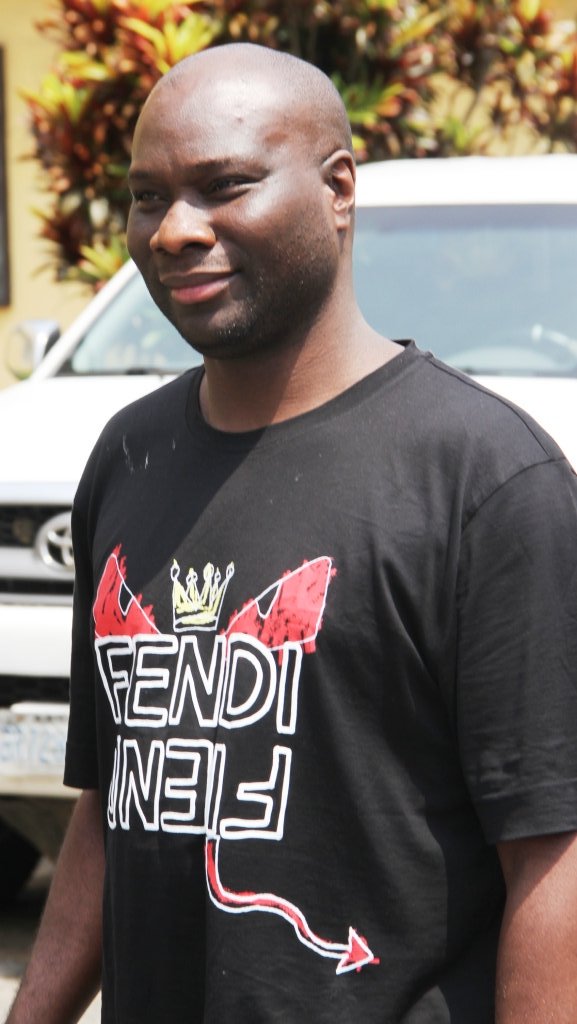 However speculation of Mompha being released came after his Instagram page got reactivated weeks after he deactivated it.

Reacting to the development, a Twitter user @azeezsoneye99 asked the EFCC about Mompha’s whereabout.

“Where are we on Mompha’s case? I @segalink @channelstv Why did @officialEFCC delete all posts relating to Mompha’s arrest. A random online post reveals that he’s settling (bribing) his way out. Clear the air in this pls @officialEFCC God bless Naija.”

EFCC in their response, stated that Mompha is still being remanded on court orders and will soon be arraigned.

“This information about Mompha “bribing” his way out is false and MUST be disregarded.

“Ismaila Mustapha A.K.A. Mompha is still being remanded on court orders and will soon be arraigned. #SayNoToCorruption #BeAccountable” EFCC tweeted. 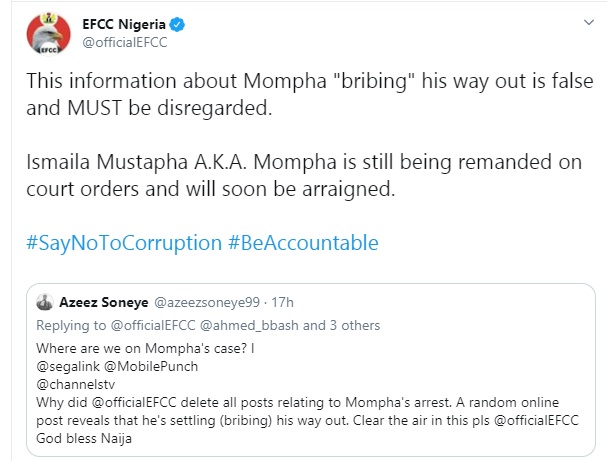