Media personality Emma Ugolee has shared his own encounter with an Indian hospital which almost cost him his life.

He shared his experience in reaction to a story shared by a Nigerian man who blamed the incompetence of staff at an Indian hospital for the death of his mother. 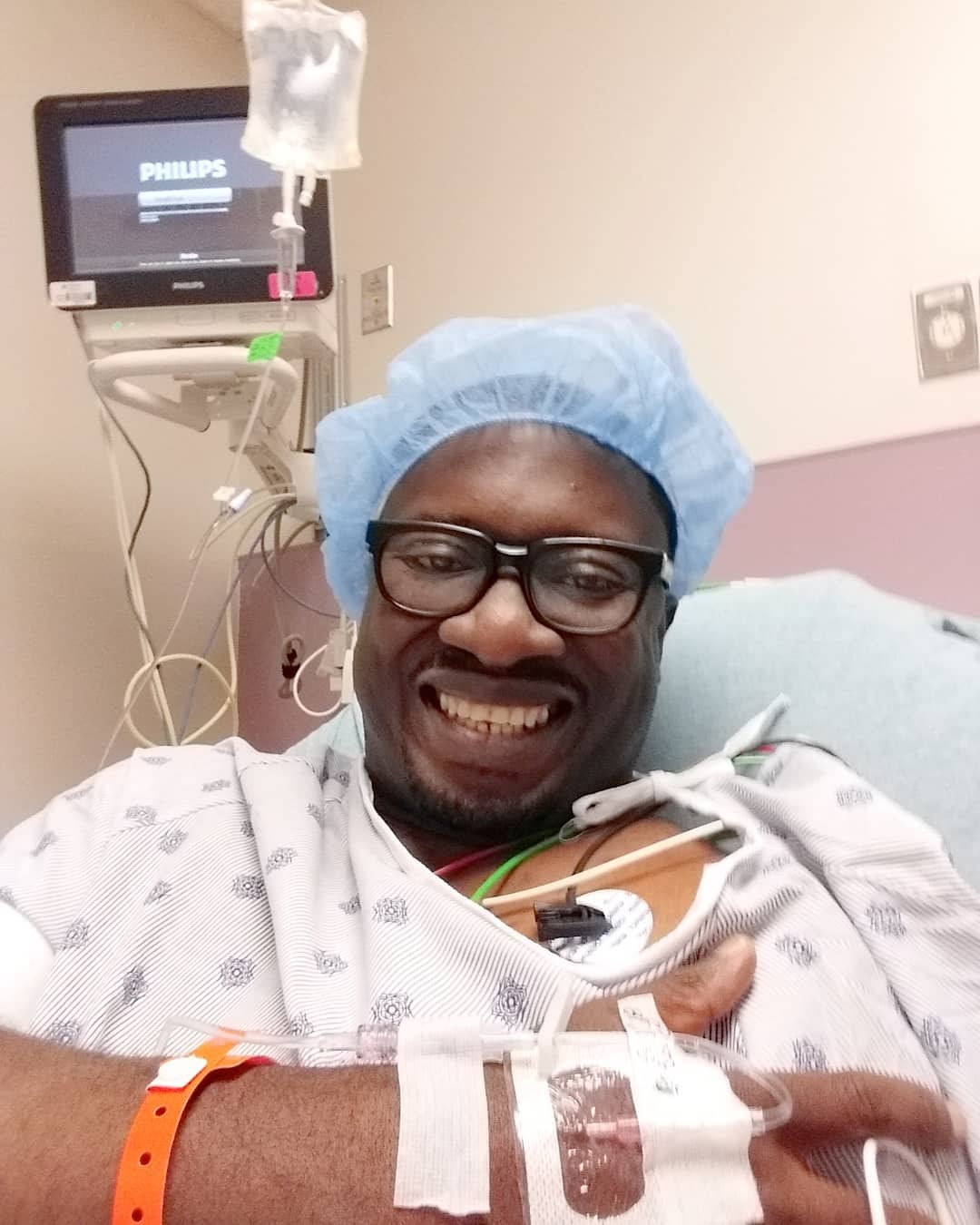 Sharing his encounter, Emma Ugolee said the Indian hospital transplanted another kidney in his body rather than the kidney donated by his sister. It wasn’t until they returned to Nigeria and he wasn’t getting better that this error was discovered.

Excitement fueled my mind as my sister & I headed for India in 2012 for a kidney transplant. She was a perfect match for me and we were mighty glad about that. Adding to our joy was the fact that we were going to spend $30,000 for the entire surgery. About 10% what was needed for same in America

Google searches on the hospital’s records, all impressive. SUV airport pick up, intimidating hospital structures, 1st class treatment, all part of the packaged experience that would have the average Nigerian patient almost thanking Buddha for healthcare alien to his world.

The teeming Nigerian crowd at the lobby was like a pilgrimage for the sick.

The multi million dollar traffic from Nigeria is aided by hundreds of indian marketing officials parading Nigerian hospitals in full collaboration with Nigerian doctors who get percentages in exchange for references.

6weeks later we are wheeled out of the surgery room. A test called the creatinine test used to tell that the kidney was doing great was never passed. My fears were allayed by the doctor who said it would take a while. So we came home. Weeks later, the while never came. My doctor in Nigeria gets worried and orders a biopsy and a scan.
The results to my ears in his words: “Emmanuel there is no way in God’s green earth that this is your sisters kidney inside you. Not with size and functionality.” So it was that my sisters kidney was swapped during the surgery

6months later, my legs are all swollen as i lay on my back for my 1st restart session of dialysis.

My story is one out of hundreds of Indian trips gone wrong. I am blessed to be telling my story. Many of my friends cannot because they died.

I have no faith in Govt. so this post it not even hoping for her to act. I am just hoping some how, that the fallacy that India is salvation for the sick is changed. It is a big business with the traditional indian corruption at the core of it. Life often the sacrifice paid. Treatment is secondary. Examples abound. 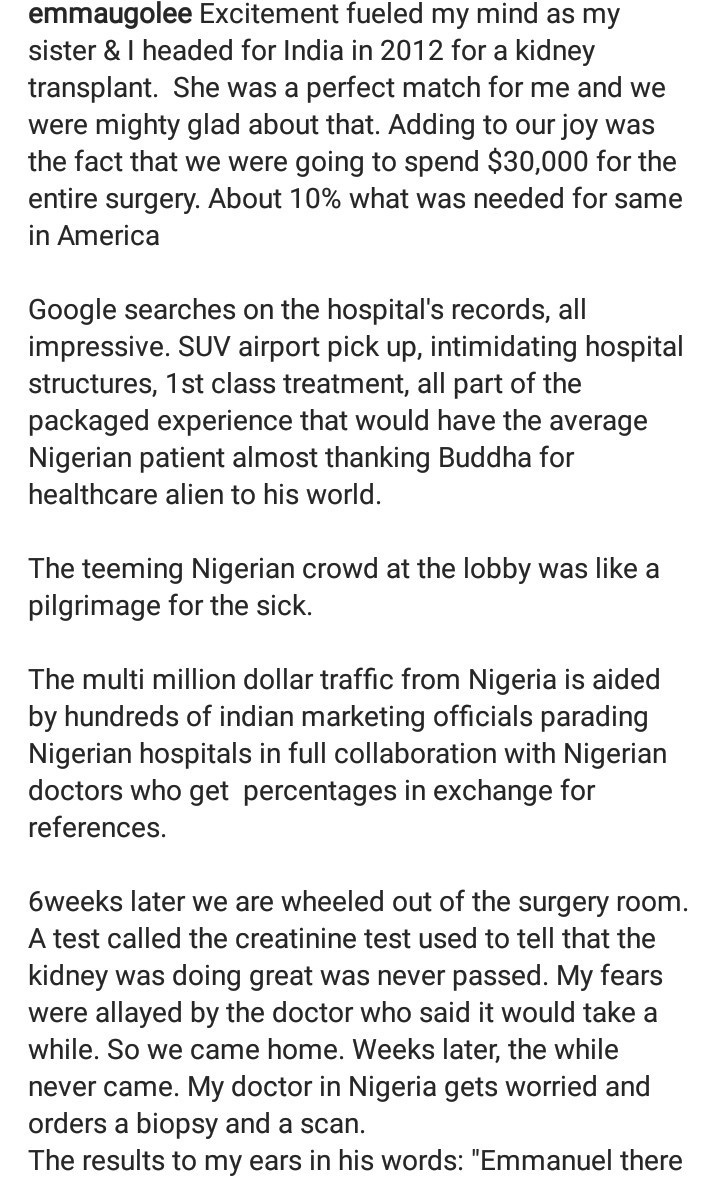