Nigerian music artiste, Small Doctor has joined the league of celebrities in protesting against the infamous division of the Nigerian Police Force, SARS. 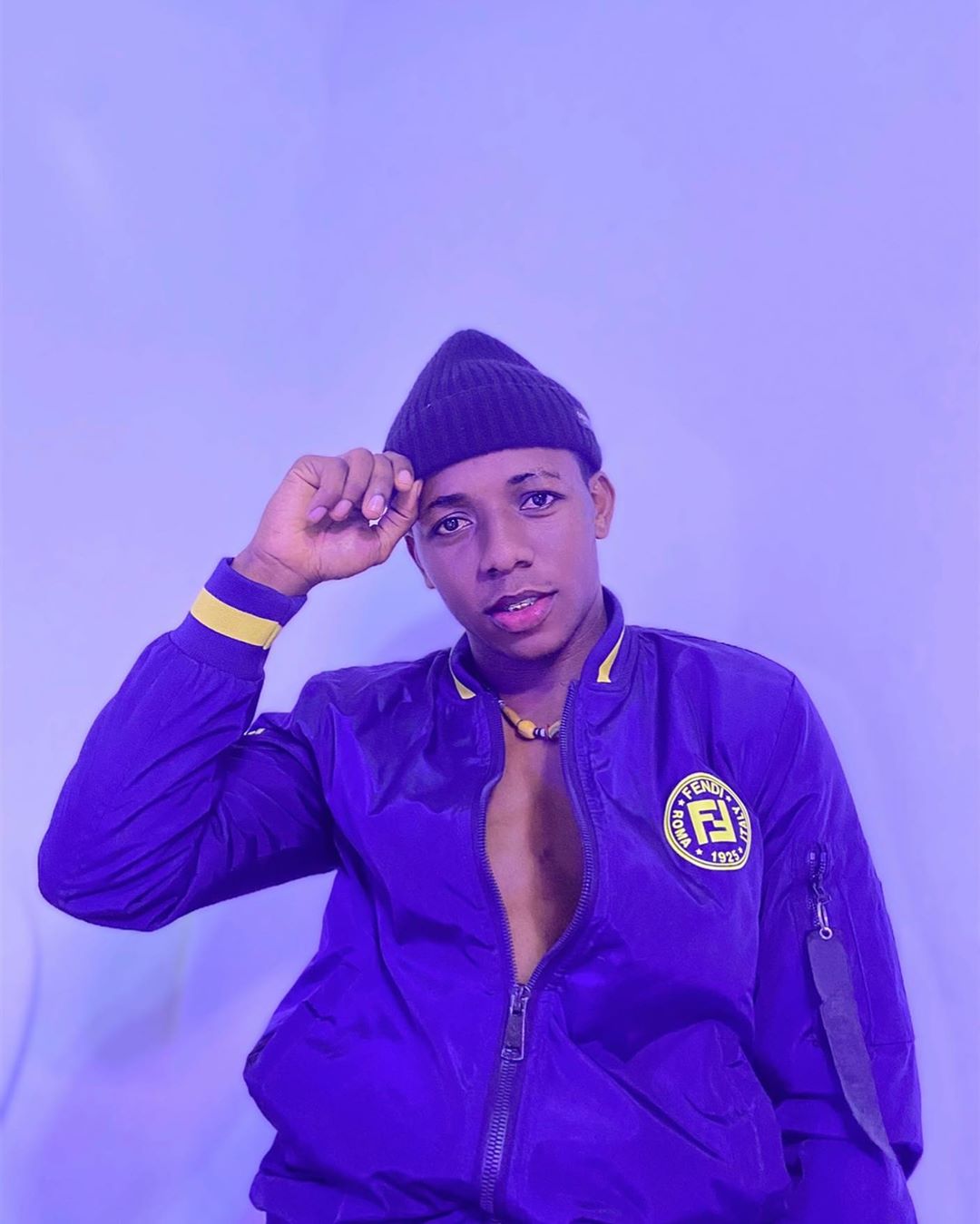 The singer, alongside other Nigerians were spotted matching around the famous Pen Cinema, Agege with banners having inscriptions that speaks against SARS officials. 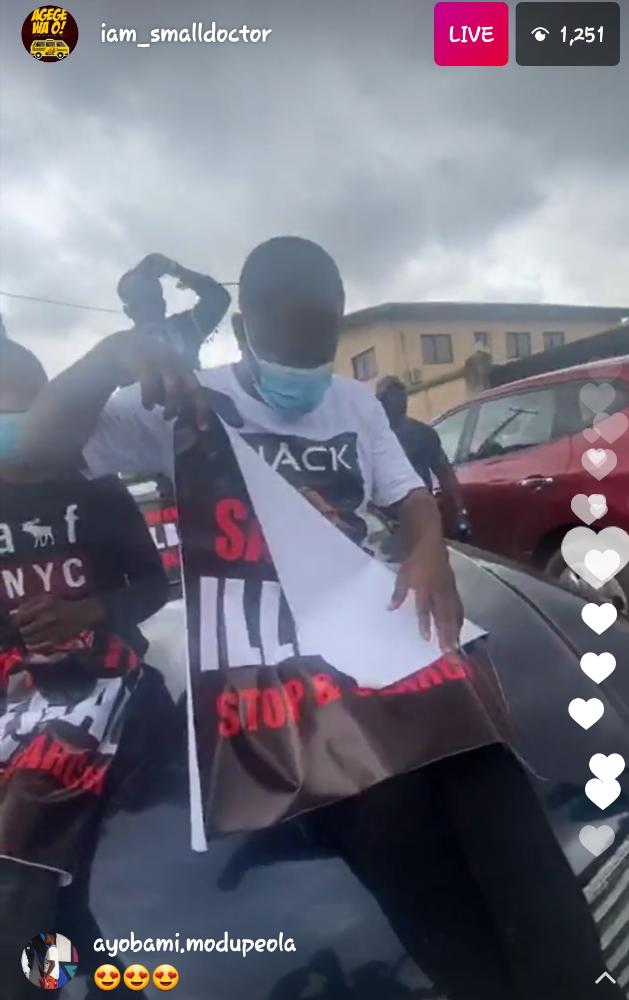 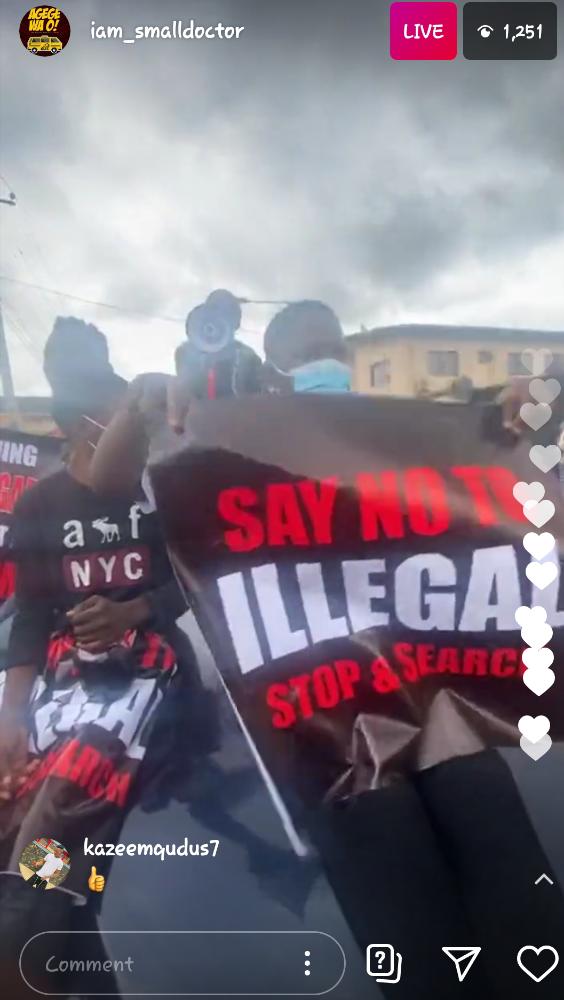 It should be recalled that yesterday, Nigerian entertainer, Falz and Runtown led their planned protest against police brutality from the SARS section of the Nigerian Police Force.

The two singers, alongside other Nigerians and popular influencers convened at the Lekki toll gate, with banners having inscriptions that speaks against SARS officials.

This comes after the Inspector General of Police announced the ban of SARS’ operations on Sunday.

Tacha, was among celebrities like Tiwa Savage, Toke Makinwa, Rudeboy, former BBNaija housemates, Elozonam, Prince and others who lent out their voices against the infamous Special Anti-Robbery Squad who have been known for the innocent killings, extortion and harassment of innocent civilians.