Disqualified BBNaija housemate, Erica might have set a record as her Instagram live session arnered over 28K viewers in less than 5 minutes. 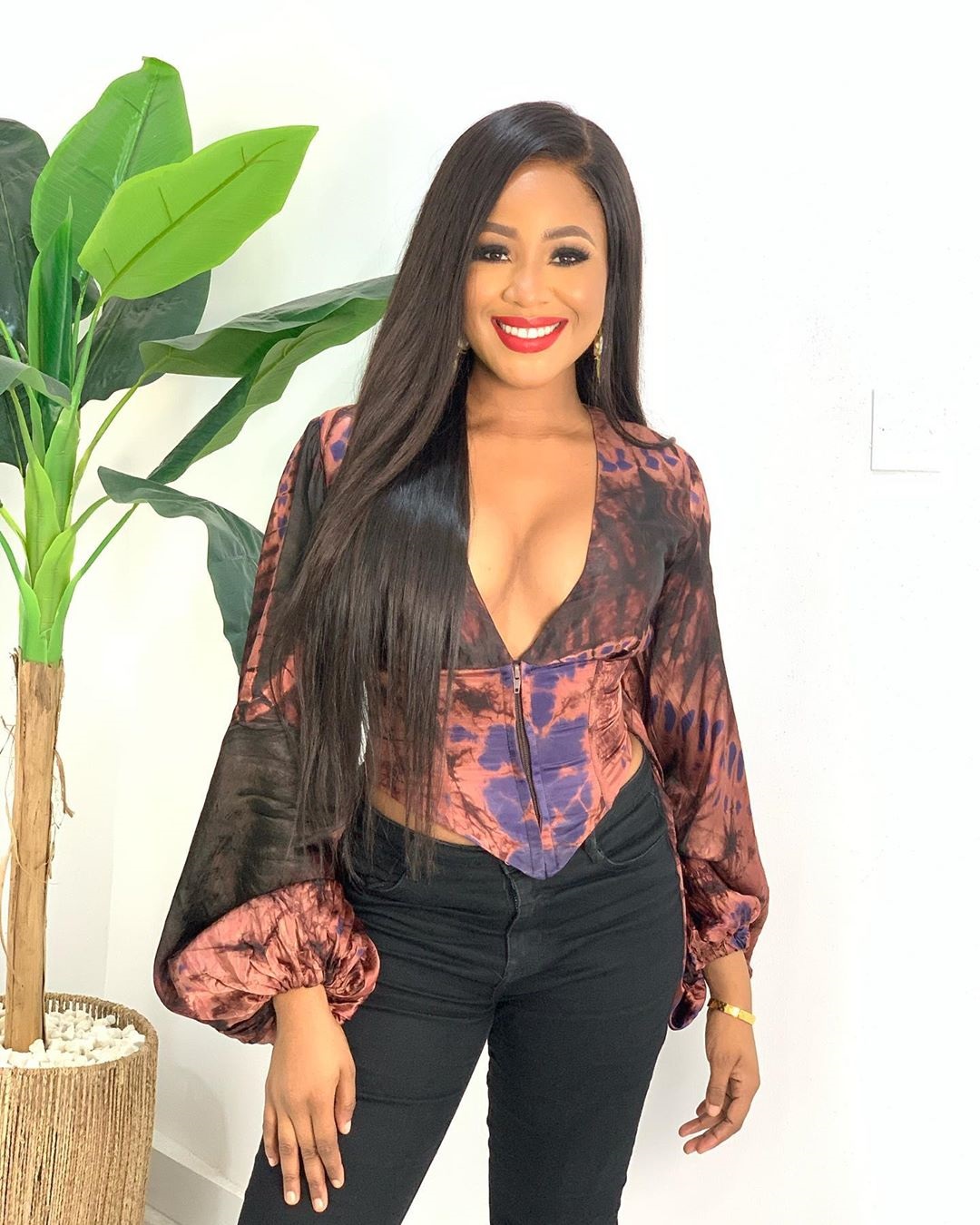 The Instagram live session was Erica’s first social media appearance since her exit from the house.

Her eager fans could not wait to hear what she had to say since she got evicted from the Big Brother house.

They trooped to her Instagram page in their numbers and made her view one of the memorable ones in the history of the BBNAIJA show.

The actress, talked about how she is coping with life after her eviction and what she has learnt so far from the competition. 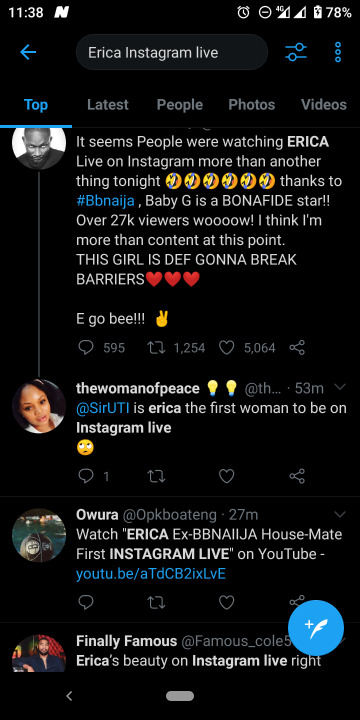 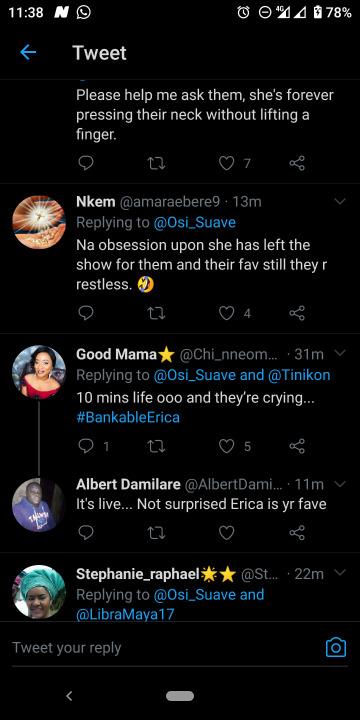 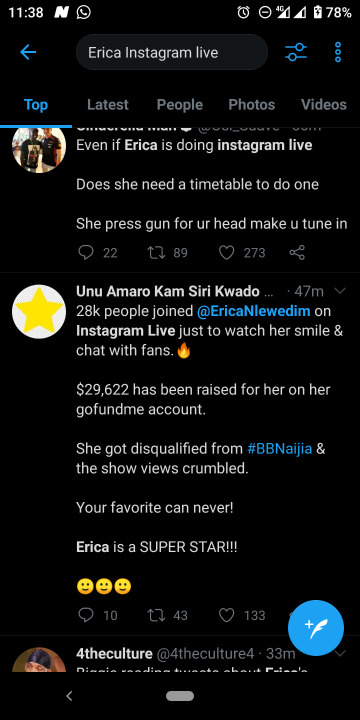 Recall that her fans started a fundraising campaign for her on a popular crowdfunding platform, GoFundMe, and in less than 3 hours after the launch of the campaign, more than $9,000 had been raised.

They set a target of $100,000 in order for Erica to finance her hopes and aspirations, as she lost all her winnings in the reality show following her disqualification.

Four days after creating the account, 307 fans have donated a total sum of $27,618, which is approximately N10.5 million and still counting.