Big Brother Naija star, Ozo and his love interest, Nengi have been dragged on social media over a recent photo of them together that surfaced online.

In the photo the reality stars folded their hands behind them as they pose for the camera.

The duo are ambassadors to a brand and they both went to the event together, but while taking photos together, they folded their hands at the back, and their fans found it awkward.

The close friends were dragged to filth on social media. Netizens accused them of trying to cover up their relationship status with childish antics. Fans believe they are dating but only painting a different picture to the world.

A fan wrote,
“why are they acting like teenagers this is so childish from Nengi and Ozo.

Another fan wrote, “werin be this” what is the meaning of all this one now. Shippers will not like this at all”.

See other comments below, 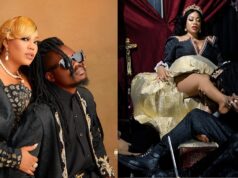 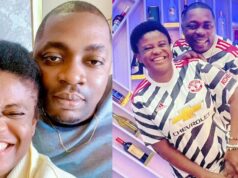 “My husband is my God and I will continue to give him my whole life” – Sex therapist, Angela Nwosu

“Keep resting Ma’am… I am grateful for the love you wanted to give me”...