BBNaija lockdown winner, Olamilekan Agbeleshe popularly known as Laycon, has been called out on social media for reportedly liking a tweet that shaded his co-housemate, KiddWaya.

Recall that the billionaire’s son, Kiddwaya, was dragged by the belt after he shared a controversial tweet, stating that the difference between him and a lot of people is hardwork.

“The difference between you and I is hard work. The rest is just excuses.”

The reality TV star’s tweet wasn’t well received by Netizens and he was heavily criticised for making that assertion, causing his name to trend on micro-blogging platform, Twitter.

A fan reacting to his tweet, shared a video telling Kiddwaya to get out of his face.

The eagle eyes of Netizens noticed that Laycon liked the tweet and fans of the billionaire’s son wasted no time to call him out.

Seeing that he had subscribed for premium dragging unknowingly, Laycon reportedly un-liked the tweet which earned him the title “two-faced”.

“Drumstick actually liked this tweet and unliked after he was casted hmmm . I hope mr united nation see through that obsessed malnourished thing.”

Another user identified as Anita wrote,

@itsLaycon you've just Signed up for trolling. Ask around I don't do LABELS 😎 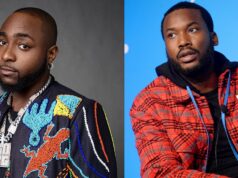 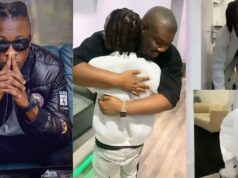 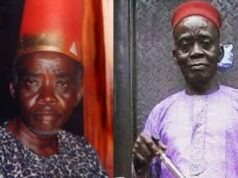 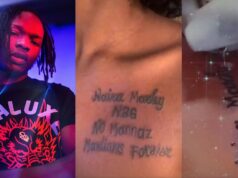 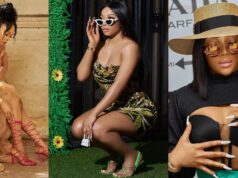 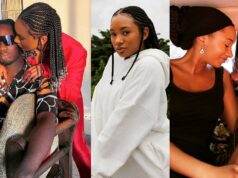 “I don’t have money but I have you” – Mr. Eazi tells girlfriend, Temi Otedola (Video)

Naira Marley reacts as Cameroonian lady tattooed his name on her...

Toke Makinwa replies troll who said her current man is only...