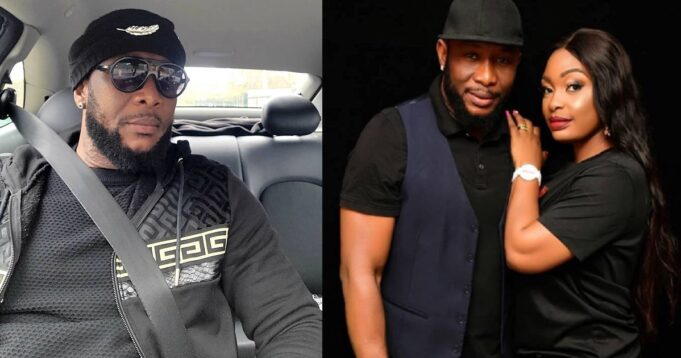 Nollywood Filmmaker, Tchidi Chikere has reacted to viral reports that his marriage to Nollywood actress, Nuella Njubigbo, has crashed.

This comes moments after his ex-wife, Sophia Williams, threw a subtle shade at him on her Instagram page following news of their alleged separation. The rumour sprouted after the celebrity couple unfollowed each other on social media.

Reacting to this, Sophia had taken to her IG page to gloat and mock the couple years after the movie producer dumped her for her colleague.

In a bid to prove that the viral report is false, Tchidi has shared a video of himself in bed with Nuella on Instagram. Nuella could be heard saying he shouldn’t have to prove that they are still together.