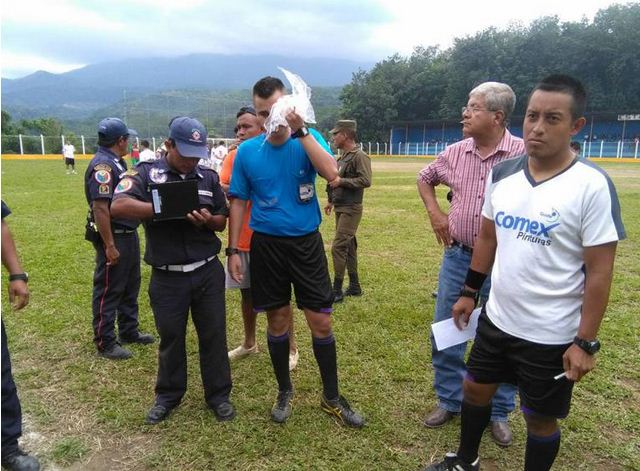 In the game of football…When the referee shows a player a red card, he leaves the football field in disgrace…or pride, hits the showers and of course put to thinking about the mistake he just made. However, that was not the case in the Guatemalan third division where a match official was seriously beaten up during a game between Deportivo Chicacao and Obereños.

Division 3 player, Daniel Pedrosa, in a most unsportsman-like manner viciously beat up the referee after he received a red card.

Pedrosa mistakenly bumped into the referee near the halfway line while playing and the referee was far from pleased, immediately dishing out a red card to the midfielder. 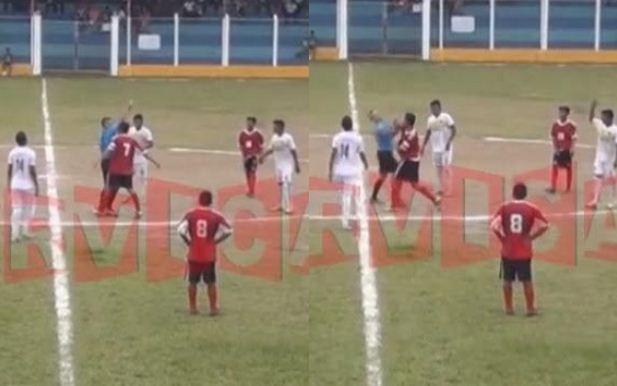 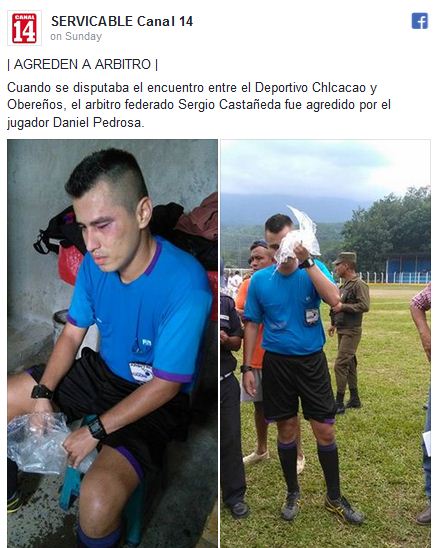 The incensed player who felt hard done by, immediately headbutted and punched the referee with his fists before he was restrained by his fellow team mates.