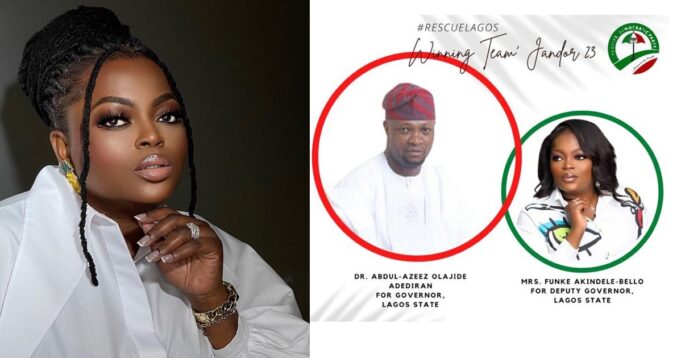 The governorship candidate of Peoples Democratic Party, PDP, in Lagos State, Dr. Olajide Adediran, popularly called Jandor, has dismissed speculations making the rounds that Nollywood actress, Funke Akindele, popularly known and called ‘Jenifa’, has been chosen as his deputy in the 2023 polls.

Jandor made the clarification following trending report on social media on Wednesday, claiming that he had finally settled for Akindele as his Deputy.

When contacted for clarification, Jandor simply dismissed the report, saying “I haven’t chosen nor announced Funke Akindele as my running mate.

“However, that stage will come in due course when an official public announcement will be made.”