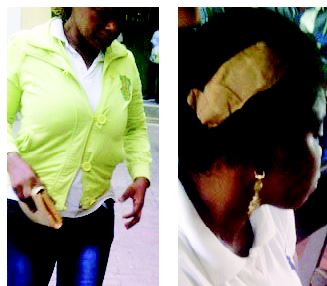 A housewife, Amudat Shosanya, was yesterday arraigned before an Ebute Meta Chief Magistrates’ Court for allegedly stabbing her husband’s lover with a broken bottle.

According to The Nation, Mrs Shosanya, who hails from Kwara State, was said to have stabbed Remilekun Adeshina on the head, neck, hand and fingers. The accused, it was learnt, has been married to her husband, Wasiu for eight years without a child.

The accused, it was learnt, caught her husband with Remilekun and quarrelled with him for having extra-marital affair. She allegedly stabbed her husband on the lap close to his manhood.

She then reportedly went to attack the victim at her shop. Shosanya, 39, is facing a charge of assault.

Prosecuting Sergeant Mariam Dauda told the court that the accused committed the offence on December 13 around 11.27am at Jebba Street in Ebute Meta.

”The accused and her husband had a misunderstanding and out of anger, she went to Adeshina’s house and stabbed her all over her body, accusing her of being the reason her husband was hostile to her,” she said.

The offence contravenes Section 171 of the Criminal Law of Lagos State, 2011. The accused pleaded not guilty.

Magistrate Helen Omisore granted the accused N10, 000 bail with one surety in the like sum and adjourned the case to January 12.