Home Entertainment News “Give me 5 years and I’ll be bigger than all my colleagues,... 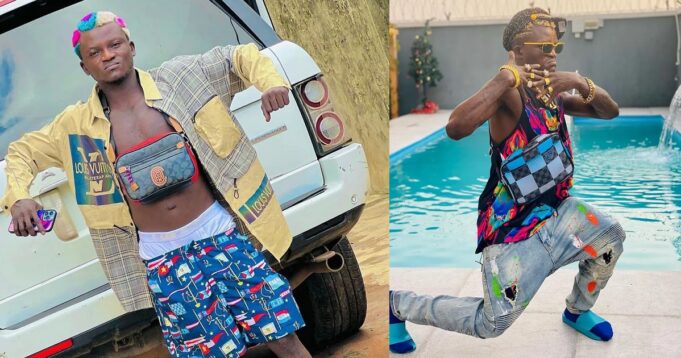 Popular Nigerian singer, Portable, has declared that he’ll be bigger than all his colleagues in five years while bragging about his achievements so far.

Portable stated in a new video making the rounds online that he had over 400 tracks on the web prior to his Zazu Zeh track that catapulted him to fame.

“E don tey wey me i don dey for this game, no be 10 years wey me I don dey sing , I get like 400 tracks online before I sing Zazu, check google. I don blow now e never reach 1 year, you know wetin I don carry, you know wetin worth give me five years I go big pass all the whole celebrities wey dey Nigeria. Go check them I get followers pass them, dem dey buy am ni, fake life, una use fake life kill una career”, he said in part.

"I get followers pass most Nigerian celebrities" — Portable pic.twitter.com/irmDV2PYOO

In other news, Portable has reacted after his colleague, Davido, reportedly unfollowed him on Instagram after he declared his support for the presidential candidate of the All Progressives Congress (APC), Bola Tinubu, and Governor Gboyega Oyetola, who is seeking re-election in Saturday’s gubernatorial election in Osun state.

Well, Portable has now revealed that OBO unfollowed him on Instagram, presumably due to their clash of interests.

In a video he shared on his Instagram page, apparently shading Davido, he said he made his father and family rich, unlike “OBO”, who was born with a silver spoon.