Home Sport GOALS! – Cristiano Ronaldo and his son strike a pose in... 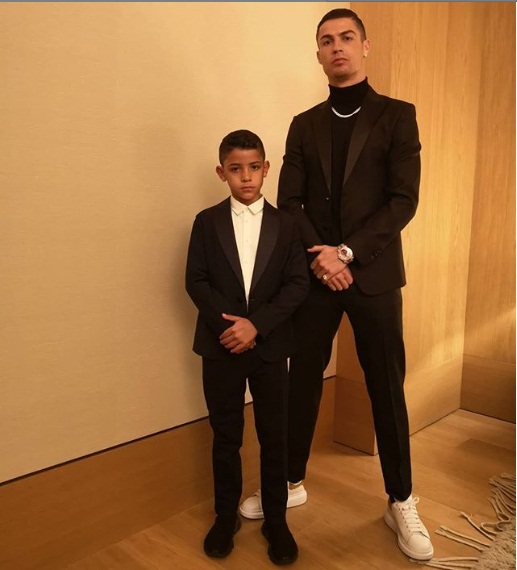 Cristiano Ronaldo is under contract with Juventus for the next four years, but he spoke to Fox Sports about his future plans after leaving Juventus.

“Will I return to Sporting like Nani? In football you never know,” Ronaldo said.

Sporting was the first professional football club Ronaldo played for before signing with Manchester United in 2003. If CR7 returns, he will follow Nani’s footsteps, who decided to return to Portugal last year.