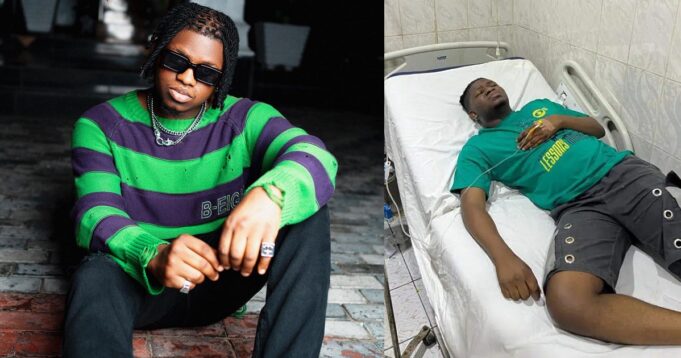 Nigerian singer and songwriter, Tolulope Ajayi, professionally known as TClassic, has recounted how he was poisoned by a ‘friend’ in Abuja.

In April this year, it was reported that the ‘Nobody Fine Pass You’ hitmaker was hospitalized after being poisoned while he was hanging out with his friends.

Following the incident, Tclassic took to Twitter to share a photo of himself in a hospital bed and give an update on his health.

“Thanks for all the calls, Prayers and messages… Man is finally Getting Better. With Love ❤️ #ClassicalArmy”, he captioned the photo.

In a recent interview with TooXclusive, TClassic has shared some details about the horrific incident that almost claimed his life.

He said he was not fully aware of what transpired on the day of the incident because he was in pains but a doctor said he had grinded bottle particles in his body system.

According to him, the harmful substance was either added to a meal or drink he consumed.