A groom certainly turned heads at his wedding ceremony not because of his bespoke tuxedo or his designer shoe but because of something rather unique and daring he did in course of the ceremony.

A short clip that’s making the rounds on social media shows the groom, a half-naked, muscular man stripping down to flex his muscles in a bid to entertain his lovely bride.

The clip, which was shared by Twitter user, @Yuggiio shows two men at the centre of a wedding reception – the groom and his brother – wearing nothing but tight underwear. 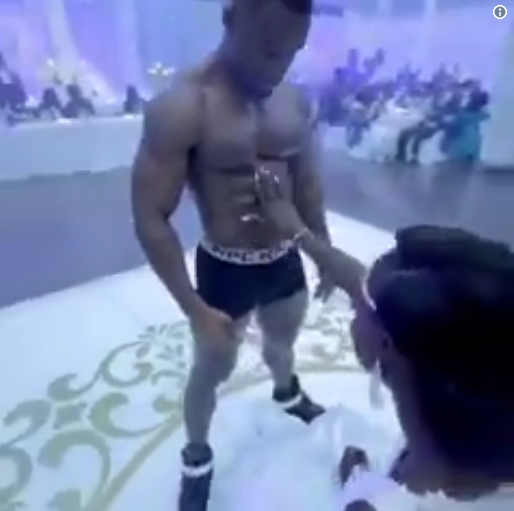 The spectacle is majorly for the bride who sits and cheers them on with a smile on her face and regular applause.

The user who shared the video wrote,

“Check out what this groom did,” writes UG alongside the video post. “He took off his clothes to dance for his bride alongside his younger brother.

“Ladies, would you be comfortable to see your man go naked like this on your wedding day?” he ends the post with.

Watch the video below, (press play) 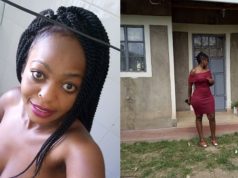 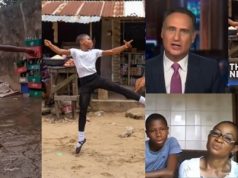 Nigerian ballet dancer, Anthony Madu gets scholarship by American Ballet Theatre in New York after video of him dancing in the rain went viral... 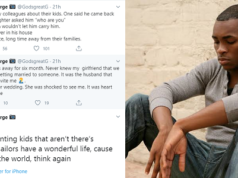 I was away for 6 months and never knew my girlfriend was getting married to someone else – Nigerian Sailors narrate some of their... 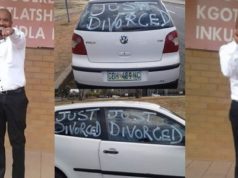 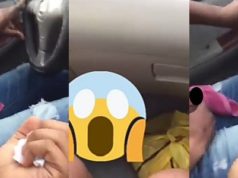 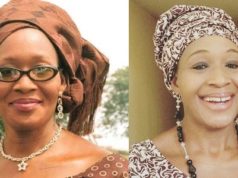