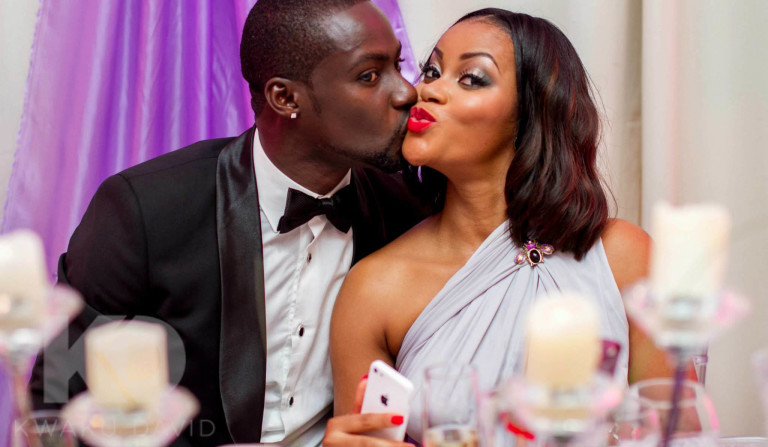 It has become a worrisome issue as many fans of Nollywood adored couple, Damilola Adegbite and actor, Chris Attoh, are scared that reports of their marriage close to hitting the rocks, might really be true.

It’s a known fact that the couple have towed the path most celebrities seem to be taking in recent times by unfollowing themselves on their social media accounts, giving more than a clear hint that they are at the least, quarelling.

It should be recalled that popular Ghana website – Ghanacelebrities, did a story last weekend that the couple had serious marital issues with fans storming Damilola’s page with prayers and all sort of emergency unsolicited marriage counselling.

Both parties have also failed to say anything about the loud rumours, another indication that this particular smoke has a fire that produced it.

Damilola especially raised suspicion on February 14, 2017 when she failed to acknowledge her wedding anniversary on social media. She also ignored all of her husband’s five anniversary posts.

Last year, she wrote a message to her fans and followers saying she’s trying to stay strong for her two-year-old son.

She wrote, “No one will ever fully understand what your struggles and fears are. No friend, no family. The only one who has enough reason to make a decision is you.

“If you are looking for approval from anyone before you make that move, you will remain at the bottom, in sorrow, till you are courageous enough to put your foot down and fight for what you want (or against what you do not want).

“I know many of us would want to leave all the necessary adjustments in the “new year resolution folder.”

She also added, “Be angry and tired enough to start making changes to your life, now! Live the life you deserve, the life that you would be happy to look back at when you die. Do not worry about what people will say or think. It is your life! Live it in a way that gives YOU peace.”

We also took a look at their Instagram account and discovered they are no longer following each other!

Fans are still hopeful that they would resolve their difference soon. The fact that she hasn’t removed her husband’s name, ‘Attoh’ from her Instagram is seen as a sign that things might not be as bad as they seem.