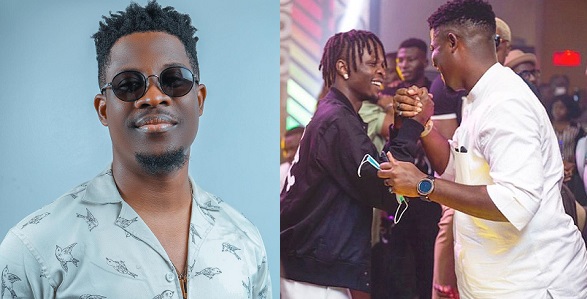 Big Brother Naija star, Seyi Awolowo has given a savage response to a critic who advised him to hit the gym, after he shared photos of himself on social media.

The reality star had shared a photo of himself with Laycon on Twitter and wrote,

“The future belongs to those who believe in the beauty of their dreams….With the fierce and iconic one
@itsLaycon💪 ❤️ x 💡 Greatness ahead”.

However, observant fans were quick to notice a change in his stature.

“Brother Seyi You Are Eating Too Much o”.

After many fans had taken to comment section to express their displeasure with Seyi’s new stature, a Twitter adviser decided to give him a solution to help him get his six packs back.

In response Seyi savagely told the adviser to hit his head against the wall.