Home News ‘How I lost my first child, left her body in the room... 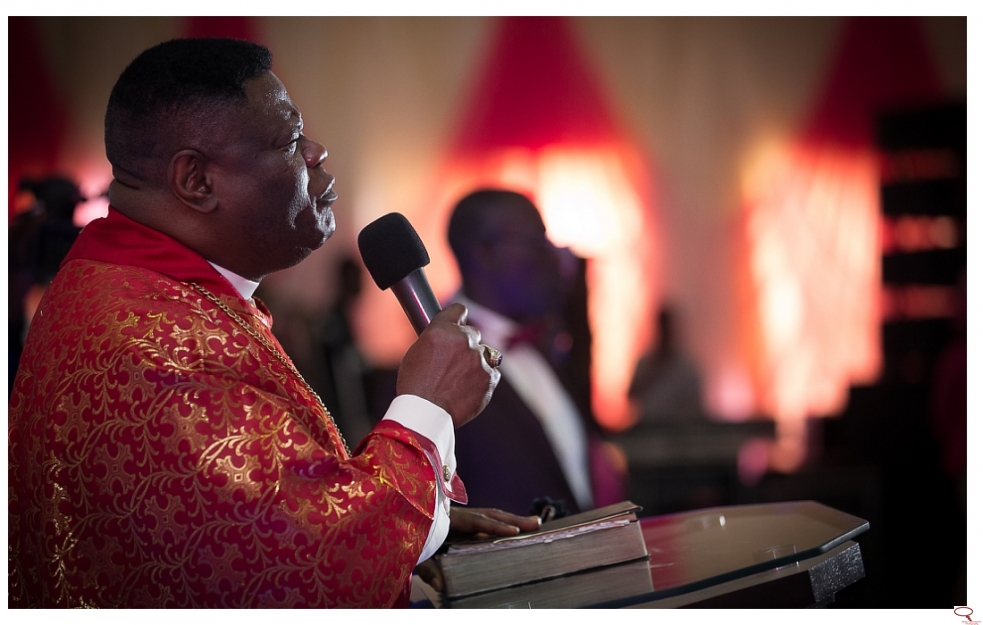 General Overseer of The Redeemed Evangelical Mission, Bishop Mike Okonkwo, has spoken on an issue he often dreads talking about.

Speaking with Vanguard in a revealing interview he talked about his marriage, his first daughter that died years ago and more. See excerpts below:

“There were several challenges, and even now there is no end to challenges. The first one as a Minister was when I lost my first child. I got married to my wife in 1980 and we had our first daughter in 1982. We went to a crusade in Abeokuta in December 1984, we came back before the Christmas and on the Christmas eve, She developed high fever and early morning of 26th she died. It was a day I was going to preach.

After praying and she did not come to life again, I left her in the room and still went to preach. I did not mention what happened to anyone. As a minister, that is one of the challenges you face.

Another experience was that my immediate younger brother who was the only support I had when I went into a ministry. We were six boys and four girls our parents had. He had passed the high level exams and was to go for Medicine.

But my parents did not want him to go as a way of punishing him for supporting my cause as a minister.

They wanted to know if that could make me change my mind. But as God would have it, he still went to the University, passed as a medical doctor, joined the Navy and still joined me in the ministry. He was one of our praise and worship leaders. So, in the late 80s, I was traveling out and I asked him to conduct an interview on my behalf. It was when armed robbery began as an issue then.

Some robbers followed him to his car, closed-in on him inside the church compound and asked him to bring the key of the 504 car. I think the military instinct in him made him to resist and started fighting them and he was shot. They took him to one hospital in Akoka, that could not manage the situation, yet did not refer him.

I was abroad, I got wind of the situation and I asked that they moved him to better hospital, but unfortunately, it was late, he died.

It was very devastating to me. But I made up my mind, challenges should not make me reject the call of God. I told myself that the best I could do is to be the best in my calling. There are also challenges of not having enough funds to do the calling of God. For me, if everything you need is already there, then you don’t need God. So, if it is God that provides everything you need, you must depend on God for your needs.”

On same se-x marriage
The church should not be shocked about this because they are the part of the end time event. Don’t also be surprised if other strange things follow. I wont be surprised if bestiality is introduced. I will only be shocked if the church gets involved in it. If nations endorse it, nations don’t go by the Bible. They play politics. Parents must talk to their children and let them know that that is not the right thing.

On his wife
I don’t think I would have been able to achieve what I have achieved if not for the wonderful wife God has given to me. One of the things that is common to those who are called is that they are not only husbands to their wives, they are husbands and fathers to a lot of people. So, if you have a wife that does not understand this fact or that is possessive, she could destroy your work.

If everyday we are always fighting at home, with the huge responsibility I have in the church, I don’t know how I would have survived. I thank God for having an understanding wife, as people often come to thank her for something I had done.

Again, she has covered a lot of my weaknesses, reaching out to people and places that I was not able to reach out to. She is certainly a huge contributor to the work God has called me.